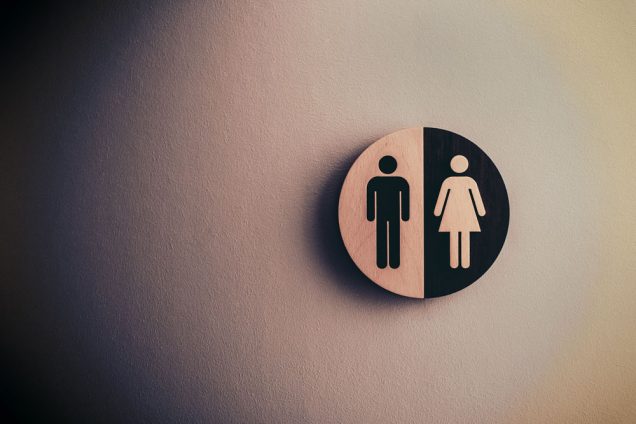 Under the proposed changes, medical professionals and psychologists would be forced to affirm gender dysphoria as normal and healthy, increasing the likelihood a patient would pursue irreversible procedures to ‘transition’ to the opposite sex.

The TLRI published its report, ‘Sexual Orientation and Gender Identity Conversion Practices,’ on the University of Tasmania’s website on 16 May.

The 16 recommendations outlined in the report, which is over 300 pages long, aim to “address the risks and harms caused by sexual orientation and gender identity (‘SOGI’) conversion practices”.

Despite acknowledging there is no available data on the prevalence of ‘conversion practices’ in Tasmania, and that no legal proceedings or complaints to police had been lodged in response to such practices, the report recommends amending six pieces of legislation including the Mental Health Act, the Anti-Discrimination Act 1998, the Civil Liability Act, and the Criminal Code Act 1924.

The report broadly defines a ‘conversion practice’ as “a course of conduct that aims to change, suppress or eradicate the sexual orientation or gender identity (which under Tasmanian law, includes ‘gender expression’) of another person”.

As well as including programmes, prayer meetings, and printed materials, aimed at changing or suppressing sexual orientation or gender identity, the report essentially classifies medical or psychological treatment of gender dysphoria that does not follow an affirmation pathway as a ‘conversion practice’ that should be outlawed.

One of the recommendations states, “A provision should be added to the Mental Health Act to clarify that a person is not to be taken to have a mental illness by reason only of that person’s gender identity or expression”.

In a submission to the TLRI’s Inquiry into ‘conversion practices’, Professor Patrick Parkinson from the School of Law at the University of Queensland expressed concern regarding such legislative changes.

“The serious risk is that as a result of ill-considered laws based upon political advocacy, many very troubled young people will be deprived of the help and care they need from mental health professionals, and will embark upon irreversible medical transitions that they later deeply regret,” Professor Parkinson said.

Bioethicist and moral theologian, Fr Paschal Corby, said under such recommended changes medical professionals questioning the choice of patients, including children, to transition would be “deemed equivalent to conversion therapy”.

“These legislations have come at the end of a line of pressure on the medical profession and psychological profession to take only an affirmative course of action to issues of gender dysphoria,” he said.

There had been an “explosion” of cases of gender dysphoria and transgenderism among young people, Fr Corby said, that doctors had noticed over the last five years, indicating it was “driven by ideology rather than from clinical experience”.

“I think what they receive in the media, some of the education which is happening in schools, such as in Victoria, the Safe Schools programme, which is exposing children to these ideas and normalising these ideas.”

Fr Corby said that providing puberty blockers, rather than buying time for a child to make a decision, was “actually moving or conditioning the children towards the opposite sex characteristics”.

“It actually interferes with the sexualisation of the brain, towards the opposite of what they are by biology.”

Hormonal treatments also had irreversible and dangerous effects on the body, he said.

“I think that the greater protection needed is against abuse of these young children… greeting them according to what they really need… questions of, why do these children feel the way they do?

“Asking those types of questions under this type of legislation would be deemed to be coercive and therefore would be illegal.”

Archbishop Julian Porteous expressed grave concern about the scope and reach of the proposed changes in the report.

“While the Church is absolutely opposed to any treatments or practices being forced on those experiencing same sex attraction or gender dysphoria, the definition of a ‘conversion practice’ in the report is so broad and expansive that it would make unlawful, medical and psychological treatments considered by many to be best practice,” Archbishop Julian said.

“It would also place legal restrictions on the type of care provided by a range of community groups, in particular faith communities, which has made a very positive difference to the lives of many.”

His Grace also expressed concern that the report identified as problematic the belief that sexuality and gender is rooted in the biological reality of the human person as binary, either male or female.

“This could lead to legislative changes making it unlawful to express beliefs such as that there is a normative, archetypal sexual orientation and gender identity for each human biological sex,” he said.

“Such a change in the law would have widespread negative consequences for freedom of speech and freedom of religion in our society, but even more importantly would cause harm to the vulnerable seeking help from parents or others.”

“The Christian understanding of the human person, created male and female in the image and likeness of God, corresponds with biological reality, and therefore is necessary for the flourishing and proper care of individuals, and of society as a whole,” Archbishop Julian added.