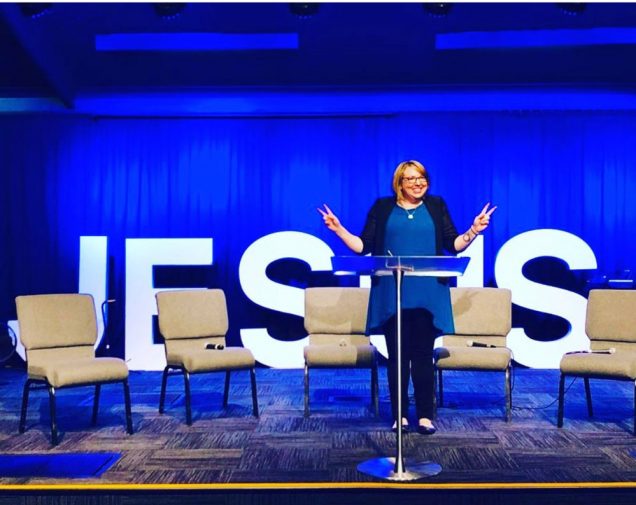 Identifying as same sex attracted, Rhianne is delighted to be accepted for who she is into a Catholic community and to know that Jesus helps her to find ever-greater security in her own identity. Rhianne writes from WA.

I am an Aboriginal wom­an, raised by parents who were Catholic in name but neither of them prac­ticed their faith.

I recall attending a lo­cal Catholic church with my Nana as a small child. Other than that, I knew no-one who was religious.

One of the darkest mo­ments of my life was being sexually abused by a close family member for four years as a teenager.

Entering into adulthood was pure hell for me. I was desperate to find resolution around my sexual trauma.

I fell into deep depression. I had no idea of my identity, and I just wanted to disap­pear.

I was 25 years old when I first disclosed my childhood abuse to my mother shortly before her death from cancer.

If I hadn’t had a strong bond with my mum, I don’t know who else I would have been able to tell. Even today, I may never have found free­dom from my burning secret.

I was so desperate for my voice to be heard. I need­ed compassion and tender counsel. I didn’t need further rejection as I questioned my sexuality and identity, or the political and police interfer­ence now enabled by legisla­tion in several states in Aus­tralia.

My abuse grossly affected my sexuality. After my moth­er’s death, I got engaged to several women, the last be­ing for three and a half years which was a deeply abusive relationship. This led me to become addicted to drugs.

When this lesbian relation­ship eventually ended, I found Islam which led me into more abusive relationships, only this time with several men, one of whom I actually mar­ried.

I was still same-sex attract­ed but again trapped in an­other strain of co-dependen­cy, this time with behaviours which further degraded me.

The suicide rate among Ab­original youth is disturbing. It screams of the destructive pain so many precious young people experience.

I often ask myself: what pathways are open today to an Aboriginal child where she or he can disclose abuse, question identity and sexu­al attraction, and be helped to make their own healthy choices? Every avenue to prayer, therapy and counsel which is proven to work, even if only for a minority, must be left open.

If an Aboriginal child or adult senses that legislation might affect therapy or prayer, those wounded will stay away from even beginning recov­ery. Their ability to reach out and to speak up, especial­ly about abuse, might never happen.

However, politicians are queuing up to condemn ther­apy and prayer linked to sex­uality and gender. This will have a long-term effect of de­grading women and children. We will be the ones most as­saulted by new legislation which rips dignity away from girls and women as, for exam­ple, men who self-identify as trans-women compete in fe­male sport.

I have felt further despair and retraumatised by an­ti-therapy and anti-prayer leg­islation rising up across our nation. But turning my life to Jesus and finding a home within the Catholic Church are bringing me hope.

I am fortunate that the Christian community has been helping me to face my past. I am learning to invite Jesus into my pain so as to find newness of life. He is teaching me not to be afraid of anything.

Amazingly, Jesus gave me a dream about his Mother, Mary. I have spent years try­ing to deal with the grief of my mother’s death, and sudden­ly Jesus gives me his Perfect Mother to walk alongside me, to love me, and to help me not only heal but to trust more deeply in God. I am now ex­citedly involved in the RCIA course.

Our nation needs less men­tal illness, fewer addictions and suicides. It needs laws which respect God and per­mit people to grow up and to make decisions for them­selves.

It is regrettable that past support is being reported to have hurt a few people. But present support is saving my life and the lives of many oth­ers. We have no idea how many more lives it has already saved and might just save in the future.

I am grateful that my life and my story have been wel­comed into the Catholic com­munity and that knowing Je­sus is helping me to find ever greater security in my identity.