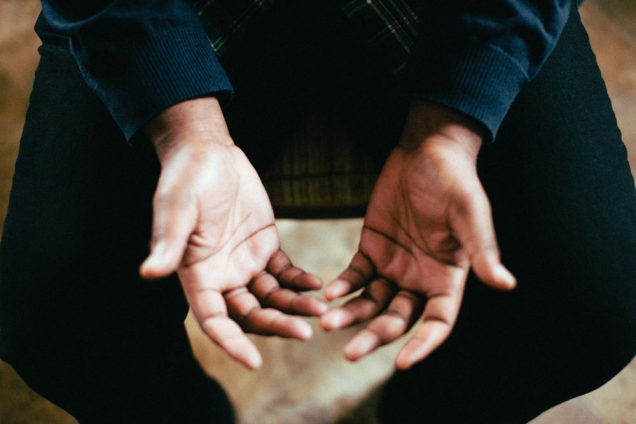 I am in my early twenties and have been a tradie for six years. I am the oldest of three children and was raised in a practicing Catholic family. I have always believed in God and was educated under Edmund Rice’s Christian Brothers.

I first realised I was same-sex attracted at the age of thirteen. I was always separate from the other boys, which was made worse by being constantly bullied at an all-boys’ high school.

When I first realised I was same-sex attracted, I felt horror and shame before God.  However, before long I had a sense that God was saying to me not to be ashamed, but rather that I was loved equally as all His other children.

My upbringing contained its own challenges. In my early teens, my father had a mental breakdown. His reaction towards even the smallest challenge often contained violence, resulting in the statutory authorities getting involved.

My father was meant to be my male role model where I might find the healthy affirmation that any teen male would want from his dad. I, however, was raised cut off from and yet battling with my father.

On occasions during my late childhood and early teens, dad would become enraged. Mum would take my younger siblings out of the house and leave me to watch over dad. I lived in terror of my father and his large, powerful stature.

On one occasion, we went to Mass as a family without dad for the second time that day to be out of the house and away from the possibility of further violence. It broke my spirit when the priest firmly ejected us from the church leaving us with nowhere else to go.

I first fleetingly encountered pornography at the age of eight while on a school computer with the teacher supervising over my shoulder. The images shocked me and yet formed an impression on my innocent mind. It wasn’t until I was 13 that pornography began to take a grip on my life.

Many of the teenage boys at my Catholic college shared pornography via mobile phones, so it wasn’t unusual to be exposed to hardcore pornography during a day at high school.

Once I left school and started work, I frequented the confessional all the time. I was given plenty of Hail Mary’s but little to no advice on how to deal practically with my lustful thoughts and actions.

I would get depressed as my life became increasingly lonely. The tensions at home between my father and my younger brother increased to the extent that, for his own safety, my teenage brother moved out of the family home.

For several years I continued to practice my Catholic faith but struggled to remain pure. The tide began to turn when I was invited to a prayer gathering of young adults where I was taught how to turn my focus back to Jesus and to surrender to Him.

Without the Church’s clear teaching on sexuality, access to the Sacraments of Reconciliation and of the Eucharist, I believe my mental health would have plummeted drastically. I have seen this happen often to other same-sex attracted individuals who reject their faith and the wisdom of the Church.

My past wounds are gradually being healed. I have consecrated myself to Jesus, Mary and Joseph. My attention today is on Christ, who is Truth. He is restoring my inner man, as I reject the lies of the world around me. I am not a label or someone to be fitted into a sexuality box. I am loved equally like others as a child of the Living God.

I am grateful never to have been drawn into the LGBTQ+ lifestyle as I now watch others who have escaped the queer community struggle uphill towards healing and dignity.

To anyone struggling with same-sex and gender related issues, I can confidently say that Jesus’ words are wholly true for you as they are for me when he says to us: ‘If anyone wants to be a follower of mine, let him renounce himself, take up his cross and follow me.’ (Mt.16:24)