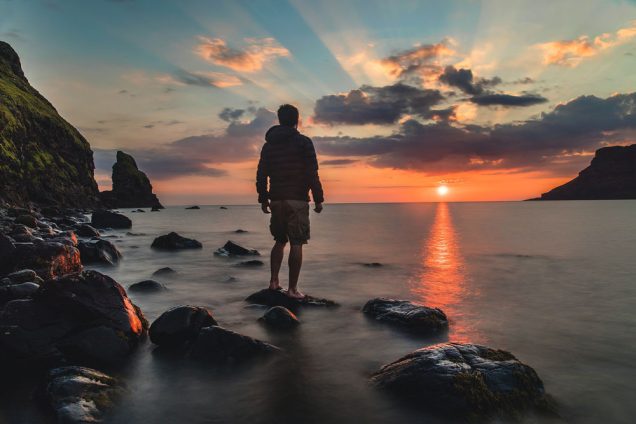 I am a male in my late twenties. During my time in the womb, my father became sick and today still battles with his health.  His struggle to be emotionally present left me as an infant leaning emotionally towards my mother, my older sisters and women in general.

I never found a way of entering the world of other boys as a child and so girls became my closest friends and role models. This left me with an intrinsic feeling of confusion along with a relentless self-hatred.

At puberty, I began noticing my sexual attraction to other males and a surge of gender dysphoria. I felt suicidal. In my mid-teens, I prayed to God to ‘take the gay away’. Nothing changed. So, I accepted the reality of my same-sex attraction, and yet the inner pain still remained. Although raised in a devout practicing Catholic family, by my early twenties my anger towards God had increased. This led me to do life my own way, which included sleeping around with other men whilst pretending to be the perfect Catholic boy.

The initial illicit connections with men felt freeing, but as I met up with more guys, I felt increasingly empty and disconnected. I felt used like and not honoured as a person. The realisation also hit me that I too had begun to use others for my self-gratification.

A year after consistently hooking up with other men, a profound emptiness hit me. I felt void of all joy.

Soon after this, I attended a Catholic youth retreat, merely as chaperone to one of my younger siblings.

By this point, I believed my soul to be completely damned. However, it was here, during a time of Eucharistic Adoration, out of desperation for more love, I gave God a millimetre’s crack through which to enter my heart – which, as God, He totally took advantage of.

When receiving a blessing from the bishop who was present, I tangibly encountered God’s love. This gave me the inner courage to go to Confession properly for the first time in my life. The freedom I felt afterwards was indescribable. So began a whole new journey.

For the next two years, with a faith community around me, I regularly attended Mass and Adoration, Confession and prayed the Rosary. Everything seemed to get better. In my mid-20s, I moved interstate for work. Away from family and my faith community, and knowing no one, and due to the demands of my job, I fell back into sleeping around again out of a deep need for some form of vulnerable connection.

Emptiness and anxiety began to rise again. My mental health plummeted. I started to have panic attacks, which was something new for me. I struggled to get out of bed and depression began to engulf me. I felt too ashamed to go to Confession, which of course would have helped me enormously.

Somehow, whilst at my lowest, I reached out for help. I resigned from my work, and again moved interstate permitting me to begin my therapeutic journey and to deepen my relationship with God.

Therapy swiftly brought up suppressed memories of sexual abuse from my early childhood. It showed me the root causes of my lifelong confusion and self-hatred, and helped me to name past non-consensual sexual activity for what it was – rape.

I have shared my rape experience with many same-sex attracted practicing and non-practicing men, many of whom have told me of their similar experiences.

Since receiving therapy and prayer, whilst leaning on Our Blessed Mother’s intercession and frequenting the Sacraments, my life has changed dramatically.

I am the happiest I have ever been. I am growing in my manhood and one day hope to marry a woman and be a father. My self-worth and respect are at an all-time high. The love and respect I have for others has never been greater. Life has meaning, purpose, and direction.

If I hadn’t been welcomed unconditionally into the Catholic community as a man with same-sex attraction, and engaged in therapy which wholly honours my Christian faith, how much longer would I have continued to relive my childhood abuse before receiving help? Or would I have just ended my life?

My experience is that with God, truly nothing is impossible. My trust is now first and foremost in Him.