The heritage of the Archdiocese is a rich and important one including a wonderful legacy of buildings and objects that from time to time need attention to arrest deterioration. Conservation can entail structural repairs, repair of stained glass windows, restoration of statues or chalices, and so on.

The Heritage Officer can advise on the conservation and management of buildings and objects identified in the Cultural Heritage Inventory of the Archdiocese of Hobart, including assisting in the selection of, and liaising with, appropriate conservation architects, engineers and artisans.

The Heritage Officer can also assist with the preparation and management of submissions for external funding for conservation projects, and prepare submissions for the inclusion of significant buildings on the national, state and local government heritage lists, where such inclusion may make possible financial assistance.

The Heritage Officer is also responsible for maintaining the Cultural Heritage inventory of the Archdiocese of Hobart, numbering around 750 items.

When architectural historian Brian Andrews began a heritage research study involving the Catholic Church of Tasmania in the late 1990’s, he was absolutely astounded at what he found.

While historic records showed many important heritage pieces had been transported to Tasmania in the past, he had no idea of how much he would find.

“I was overwhelmed by it, I couldn’t believe that so much had survived,” Mr Andrews said.

The Archdiocese of Hobart’s Heritage Officer, Mr Andrews began looking at Tasmania’s Catholic heritage as part of his studies from his South Australian base. His work involved visiting and combing through the state’s then 99 Catholic churches and creating a Cultural Heritage Inventory of items of significance.

The inventory uncovered an incredible 750 items across the state, many dating back 150 years to well-known English architect and designer Augustus Pugin, which made the dioceses’ heritage globally significant. Many pieces were stored at the back of cupboards, or in boxes in sheds, with their caretakers having no idea of their significance.

“It was an absolutely amazing discovery really,” Mr Andrews said.

The register led to many other amazing discoveries including nearly a full set of chalices made in 1847 for Bishop Willson, for use by priests serving as chaplains at convict probation stations. The research also resulted in a highly coveted prize in British Art History and the 2002 Pugin Exhibition by the Tasmanian Museum and Art Gallery which travelled interstate, both of which Mr Andrews said demonstrated the uniqueness of Tasmania’s Catholic heritage.

After 60 years of living in Adelaide, it also led to Mr Andrews and his wife Judy taking the huge step of moving to Tasmania, to enable him to manage the register as part of the role of Archdiocesan Heritage Officer. Mr Andrews works full-time in his role, which also includes managing the care and conservation of buildings and heritage pieces (other than that held at Archdiocese of Hobart Archives and Heritage Collection), as well as grant applications and heritage listings.

He said the work was well worth the effort to protect the Church’s impressive heritage.

“Its heritage is really outstanding and is equal if not better that in any other dioceses in Australia,” Mr Andrews said. 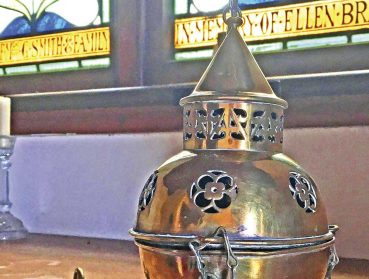 From 1857 the first permanent pastor of Campbell Town was Fr John Fitzgerald (1830–65), the son of a pioneer Catholic… 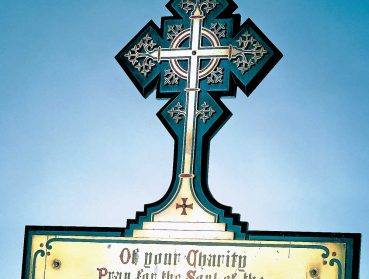 The nineteenth century is sometimes seen as an era of religious bigotry and intolerance, with little love lost between Australia’s… 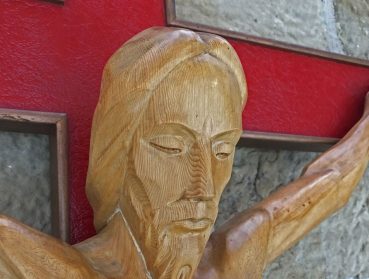 The two decades after World War Two were a period of great creativity in the field of liturgical art, with…