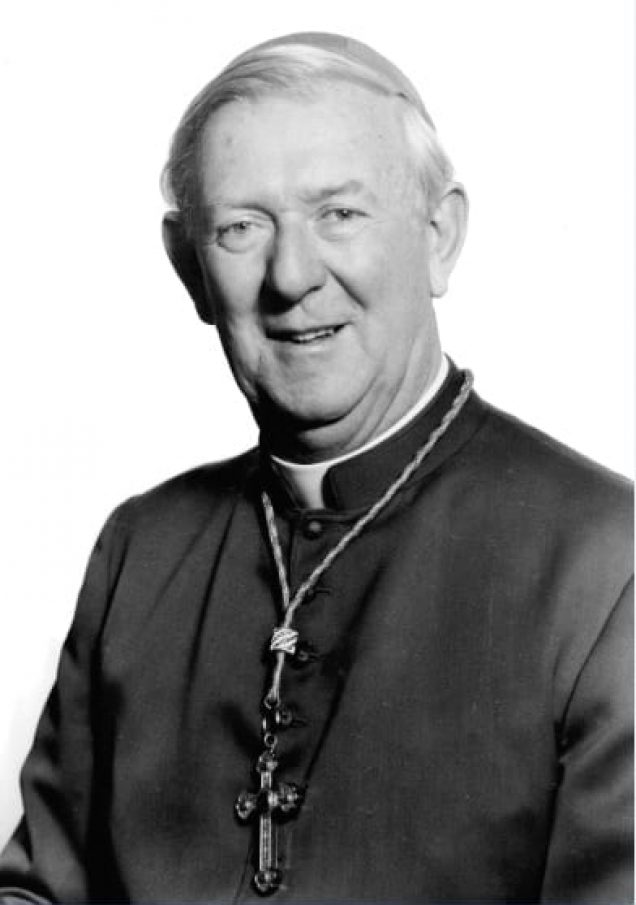 “We must draw on our deepest and oldest and truest traditions and develop them faithfully and realistically.”

Archbishop Joseph Eric D’Arcy was a scholar with a keen interest in Catholic education. The first Australian-born philosopher awarded a Doctorate from Oxford University, and a prominent member of academic staff at the University of Melbourne, he was a significant contributor to the intellectual life of Catholic Australia. For 20 years he was an academic staff member of the University of Melbourne, where he taught Philosophy and served for a time as Head of Department.

Among Archbishop D’Arcy’s many written works was an article for the Australasian Catholic Record where he looked forward to a new theological “Golden Age” flowing from recent developments, especially those articulated by the Second Vatican Council. “Theology enjoyed a greater wealth of insights in the twentieth century than in the whole of the previous three centuries taken together”, he wrote. “There are good reasons for expecting such insights to proliferate in the years ahead.”

Formerly Bishop of Sale and a member of the Vatican’s Secretariat for Non-Believers, around the time of his translation to Hobart Archbishop D’Arcy was especially enthused by a revision of the system of catechetical instruction authorised by Saint Pope John Paul II. A year later Pope Saint John Paul II appointed Archbishop D’Arcy to the Pontifical Congregation for Catholic Education.

Linking theory with reality was typical of Archbishop D’Arcy’s Tasmanian apostolate. He sought to make Catholic Theology and Doctrine applicable and relevant to modern life. Archbishop D’Arcy was interested in forming Catholics with a broad and substantial education in their faith. “If you start with a wrong principle,” he told an education conference in New Norfolk in 1989, “you will end up with a bad result.”