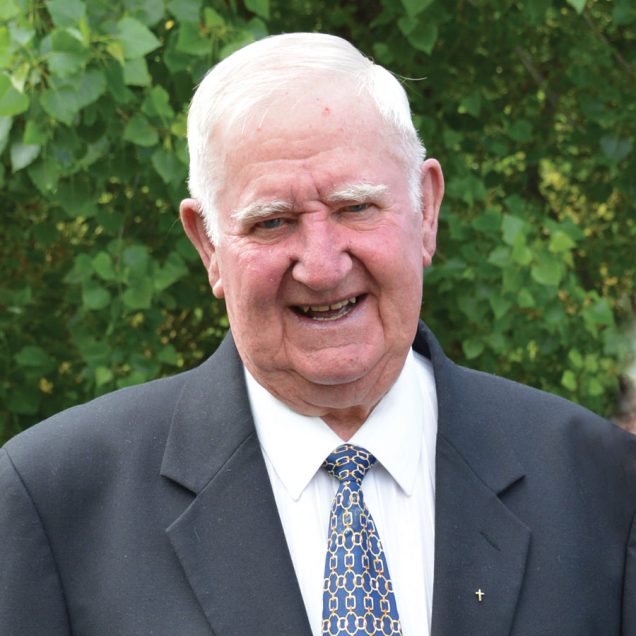 Described as a “compassionate” pastor and teacher, Fr Lawrie had served as Parish Priest at Glenorchy, and as Deputy Principal at Dominic College.

In 2021 Fr Lawrie celebrated the 50th anniversary of his priestly ordination.

Rector of the Salesian community at Glenorchy, Fr Bernie Graham SDB, said Fr Lawrie had been a “greatly loved teacher” at Dominic College and was supportive of both students and staff.

He described Fr Lawrie as a “well-respected pastor” and a “fantastic preacher of the Word”.

“People loved his homilies and the way he put together his thoughts and ideas. He had a long and very fruitful ministry throughout his life.”

“Like a good Salesian imitating Saint John Bosco, he was a spiritual father and a teacher to the young,” Fr Shammi said.

“At this time of grief and sorrow, we surround our Salesian brothers in Glenorchy, Fr Bernie, Fr Guy, Fr Bob and Br Barry and the wider Salesian community with our love and prayers.”

He served in many roles over the years including as Rector and Chaplain for the Salesians, as Principal in numerous schools, and as Parish Priest in parishes in Tasmania, Victoria, and South Australia.

Fr Lawrie was Parish Priest at St John’s Parish in Glenorchy from 2010 to 2019, and served for ten years from 1973 as Deputy Principal of the middle school at Dominic College, and more recently as Acting Rector.

Fr Lawrie’s Requiem Mass was held at St Margaret Mary’s Catholic Church in North Brunswick, Victoria, on 28 September, and his remains were laid to rest at the Salesian cemetery in Sunbury.