Reflecting the love of the Father 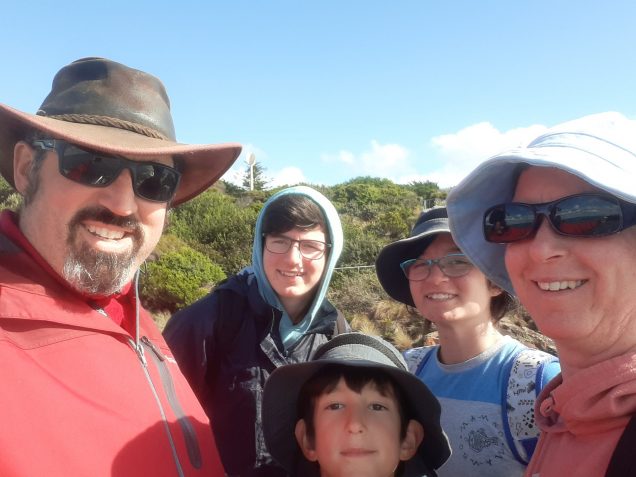 Though contemporary culture might try to convince you otherwise, the need for men and fathers to live out true fatherhood in a world of absent, negligent, or overly timid men, is desperately needed.

In a previous address during a catechesis on the family, touching specifically on fatherhood, Pope Francis spoke about the needs for fathers in families.

“The first need is for a father to be present in the family,” the Holy Father expressed.

Father of three Duncan MacFarlane said having a good example of a loving father to look up to (Deacon Nick MacFarlane) has enabled him to learn and apply the values taught by Deacon Nick, to Duncan’s own children; especially around faith.

“It’s a rolling door in a way, we do stand on the shoulders of those who’ve gone before us,” he said.

“I’m really blessed and privileged to be able to say I’ve had a few good role models – my dad, my maternal grandfather and though I never met my paternal grandfather, by all accounts he was a humble, diligent, and hardworking man.

“My father and my maternal grandfather were both strong on justice; not justice without mercy but doing the right thing and being a just man in the right application and situation.

“They would explain what was right and what therefore had to be done – this was certainly something which came through strongly from my dad.”

Duncan said having that first example of St Joseph as someone to look up to as a model of fatherhood can help fathers in their own lives.

“Pope Francis describes Joseph as a beloved, tender, loving, obedient and courageous father – a man of action, full of trust in God and His plan.

“St Joseph is the model for God the Father to Christ as well. It’s sort of in a way, the most perfect model of human fatherhood,” he said.

He added that he hopes to build on the foundations laid before him and learn from his example as he raises his own children.

“For my own children, they need to know they’re loved by me,” he said.

“That will also influence how they see God the Father as well.

“So as a poor mirror of the love of God the Father, I’ve got to be the best poor mirror that I can be.

“My hope is that my family flourishes, not just economically or socially but in their relationship with Jesus Christ, first and foremost,” he concluded.