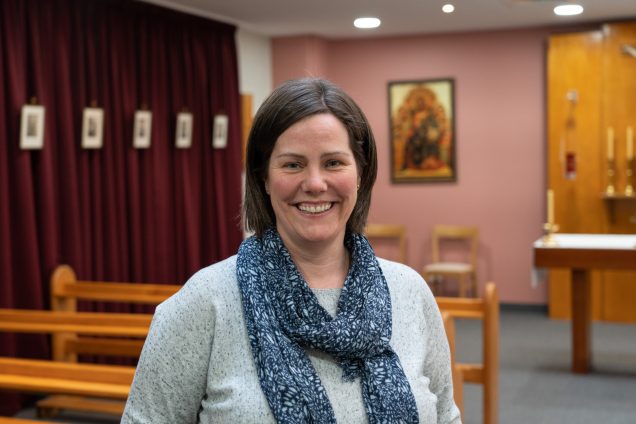 Dr Rachel Bradley has recently been appointed the new Director of the Office of Life, Marriage and Family for the Archdiocese of Hobart.

Commencing her role in late August, she replaced Ben Smith who recently relocated to Sydney with his family.

Originally from the UK and having lived and worked in Hobart for 17 years, Dr Bradley is a wife, mother of two boys and a medical practitioner.

She also served as a delegate of the Archdiocese for the Fifth Plenary Council of Australia which concluded earlier this year.

Her time in the medical field has seen her work both in general practice and specialise in skin cancer medicine for the last 12 years.

Dr Bradley said she hopes to apply her experiences in medicine to her new role with the Life, Marriage and Family Office.

“We live in a culture that’s lost; a lot of people are broken and hurting and there are obviously complex reasons for that.

“But a lot of it is because we’ve just believed the lies of the culture,” she said.

“There is so much confusion and the Church’s teaching generally has a lot of bad press in secular society.”

Dr Bradley said personally seeing the fallout from how people understand what it means to be human, as well as their sexuality and beliefs about marriage and family, serves as motivation in this new position.

“I suppose it just makes me want to do what I can to try and communicate the truth and the beauty of Catholic teaching – the way to really thrive as a human being.

“I’m passionate to try and help in any way I can, especially with the promotion of the ideals of marriage, sexuality and life issues for younger people.

“I hope to try and help build people up, support or encourage them through this role and look forward to what is to come,” she concluded.