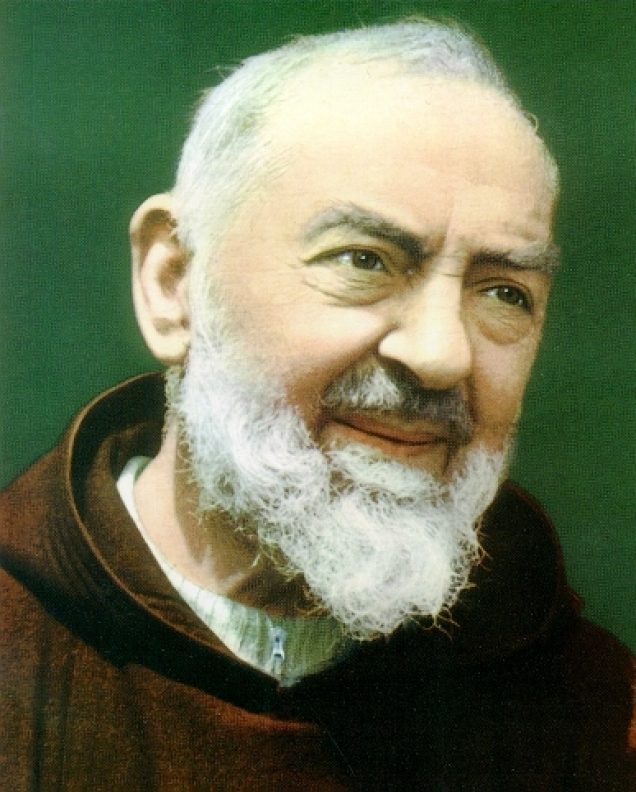 Padre Pio was such an extraordinary figure that it is difficult to know how to begin describing him.

He was known throughout the world for his holiness, for being gifted as a confessor, and for the mystical phenomena that took place around him. When he died in 1968 a staggering 100,000 people attended his Requiem Mass at San Giovanni Rotondo in Italy. When he was canonised by St John Paul II in 2002, an estimated 300,000 attended the ceremony in Rome.

Padre Pio was a man completely in love with Jesus Christ. So much so that he received the stigmata, the wounds of Christ’s crucifixion, in this own body. He was known to have had numerous spiritual gifts and mystical experiences, including the ability to read a person’s soul when they attended the sacrament of confession, to bilocate (be in two places at once), to communicate with angels, and to bring about conversions and miraculous healings through his intercession.

He was born Francesco Forgione in Pietrelcina, Italy, in 1887 to parents who were peasant farmers. By the age of five he had decided to dedicate his entire life to God. Even as a youth he reported experiencing mystical visions and ecstasies. At age 15 he entered the novitiate of the Capuchin Friars Minor at Morcone, taking vows of poverty, chastity and obedience, and adopting the religious name of Pio in honour of Pope Pius I.

Despite suffering from severe illness from the age of 17, he made his final profession as a Franciscan in 1907 and was ordained a priest in 1910. He endured poor heath for most of his life.

To those who sought his spiritual guidance he recommended weekly confession and daily Mass, as well as spiritual reading, meditation, and a regular examination of conscience. He had a strong devotion to the rosary and to praying for the Holy Souls in Purgatory.

In 1918 he first received the stigmata which remained with him for the next 50 years of his life. Witnesses testified that the blood issuing from the wounds on his hands, feet and side, had a sweet odour, like flowers.

He spent hours every day hearing confessions and his Masses were known to last several hours due to his habit of entering into long periods of contemplation. When it was suggested that he shorten his Masses, he replied, “God knows that I want to say Mass just like any other priest, but I cannot do it”.

Before his death on 23 September 1968 at age 81, he had declared, “After my death, I will do more. My real mission will begin after my death”.

Padre Pio’s most well-known piece of advice to those who sought his counsel befits the simple and humble man that he was: