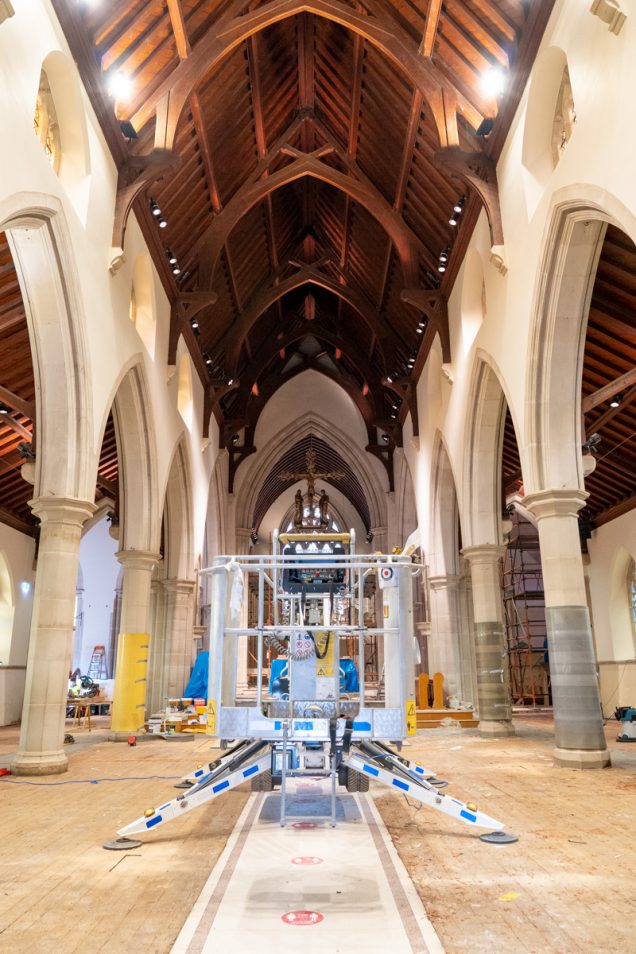 Due to the better than expected progress of the restoration of St Mary’s Cathedral in Hobart, Archbishop Julian has announced that the Cathedral will remain closed until early December, two months later than originally thought, to further advance restoration work at the current time.

Archbishop Julian said that after much consideration the decision had been made to undertake a full restoration of the terrazzo flooring in the Cathedral, requiring the reopening to be delayed several months.

“The result will be a cathedral which will serve the spiritual and pastoral needs of the diocese for some decades to come,” Archbishop Julian said.

The entire restoration of the Cathedral’s interior was running ahead of schedule and within budget, the Archbishop added.

In order to install the new floor heating system, some parts of the main aisle’s terrazzo flooring have already been removed. Replacement of all the terrazzo will include remodelling the forward sanctuary area and relocation of the altar towards the chancel, increasing the Cathedral’s seating capacity.

The Cathedral’s pews have been removed and are currently being restored off-site, and the building’s sound system is also being reviewed and updated.

Project Manager, Michael Mckenna, said the new lighting had made “an enormous difference” causing the building to “come alive”.

He also said he was “very pleased” with how the restoration was progressing.

“I will be very excited to bring this stage of the work to its conclusion so people can enjoy the beauty of our great Cathedral.”

Archbishop Julian said he looked forward to reopening the Cathedral for worship in early December, and he thanked the faithful for their patience at this time.