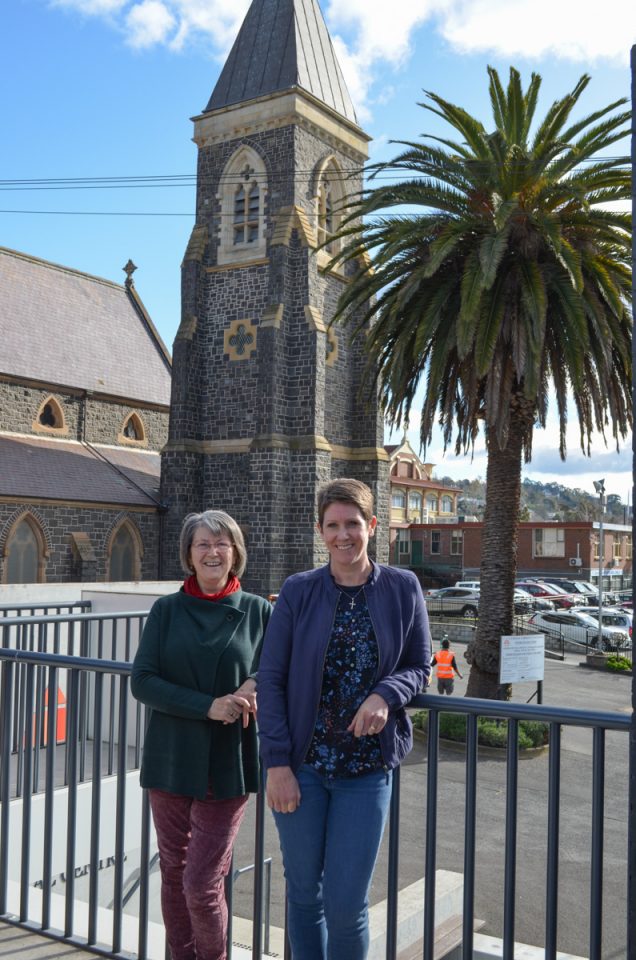 Catholic women from around the state gathered for a powerful day of reflection, discovery and prayer, taking inspiration from the journey to sainthood of St Thérèse of Lisieux.

About 25 attended the event at the Emmanuel Centre, Newstead, on 23 July.

It was facilitated by Maureen O’Halloran, a Mersey-Leven parishioner from Ulverstone, and Belinda Chapman, from the George Town parish.

Ms O’Halloran, who has long had an interest in St Thérèse of Lisieux and had visited her shrine in France, said she hoped attendees could relate more easily to the saint after learning of her difficult and traumatic childhood.

“She was very deep and had a life of intense suffering and struggle,” she said.

“I hope we showed that ordinary people can live extraordinary lives and be very close to God.

“I hope people took away a deeper understanding of God’s profound love for them and God’s interest in their lives and what they do.”

Mrs Chapman added that it was a ‘beautiful day’.

“There was a beautiful peace in the room, the acceptance of God’s love as they were,” Mrs Chapman said.

The facilitators added that it was relatively easy to imagine Thérèse’s life, and that she was both relatable and from the not-too-distant past.

Her life would have coincided with the early years of the Church of the Apostles in Launceston, Ms O’Halloran added.

St Thérèse was a French Carmelite nun remembered for her simple and practical approach to spirituality. She died of tuberculosis aged 24 in 1897.

“It gave a really good insight into the story of St Thérèse as a child,” she said. “It was well researched and informative and it has prompted further research and reading.”

The facilitators are planning more events including a reflection day for men and women entitled ‘Jesus in the Temple: stories of prayer and healing’ at the Emmanuel Centre on 3 September; and ‘One step at a time’, a walking retreat in the Freycinet National Park on 4-7 October. Email belindachapman.sd@gmail.com for details.