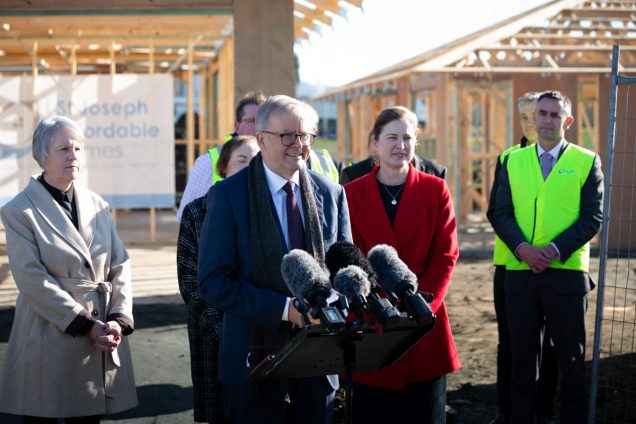 On the first day of sitting for the 47th Parliament of Australia, Prime Minister Anthony Albanese expressed his commitment to protecting religious freedom through legislation.

Responding to questions from media on 26 August, as he attended a church service in Canberra, Mr Albanese said he respected “people of faith” and that “all people of faith, regardless of their faith, should be respected”, Sky News Australia reported.

“That’s something I have always done and something that my Government will do as well,” he added.

Sky News Australia reported that Mr Albanese indicated his government’s intention to legislate on protecting freedom of religion during the current term of Parliament.

“We will address the issues of religious discrimination and the need to legislate there. We’ll do that during the term of Parliament,” Mr Albanese said.

“We’ll do it in a way which is much more consultative and brings people together in a way that I hope characterises the way my Government functions.”

Archbishop Julian Porteous welcomed the Prime Minister’s words, saying the issue was urgent given new pieces of legislation were currently being proposed in various jurisdictions, which would seriously limit the freedom of the Church to act in accord with its beliefs.

“The Catholic Church contributes significantly to the common good of our Australian society through a variety of institutions and agencies,” Archbishop Julian said.

“These institutions, for example, our schools and hospitals, need to be able to retain their full Catholic identity so that they can make a distinctive contribution. While all may not agree with Catholic beliefs on some moral issues, it is important that a Catholic voice is able to be heard and we are able to live according to what we believe”.

“I commend the Prime Minister for his in commitment to bring forth legislation in this current term which will finally give proper protection to religious freedom Australia”.

In February this year the former Coalition government failed to pass its Religious Discrimination Bill 2021, aimed at protecting freedom of religion. The bill put forward by the Morrison Government was amended by the opposition parties with the support of five Liberal members who crossed the floor to remove exemptions for faith-based schools from the Sex Discrimination Act.

After discussion with government members a decision was made by then Prime Minister Scott Morrison to withdraw the amended bill from the Senate.