Talking to secondary students about God and religion: How do we Know that God is Real? 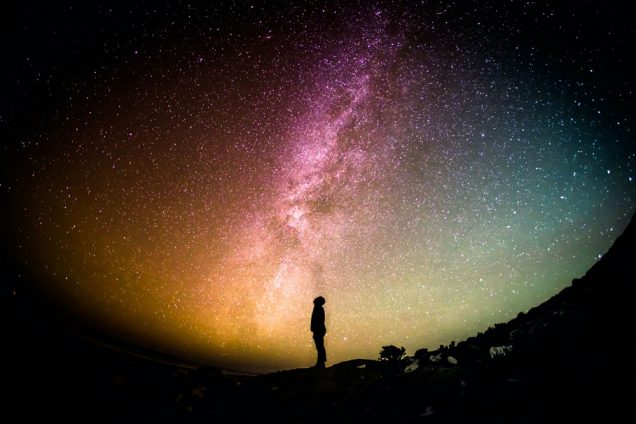 Secondary students love to explore reason and its connection with faith. They have highly developed insincerity receptors and have very little patience for things that are illogical or false. They are only too aware that some scientists claim that what cannot be proven by science cannot actually exist. Some scientists will argue that faith is not much more than fantasy and superstition – which is quite wrong. Let’s unpack this a bit.

Science is limited to the observation and measurement of things that can be observed and measured. I say this as the son of an accomplished nuclear physicist who never let his children lose sight of the limitations of science. Science deals only with physical reality and the hypotheses, principles and laws which arise from the physical – natural world.

Science cannot explain how I know that my children love me, or how they know that I love them back – yet we know with certainty that we do love each other. That is because there is a certainty that is based on truth and reason – one which does not depend on validation by science. For example, science cannot defend the principle that to take an innocent life is always wrong, only truth and reason can tell us this. Science cannot explain why humans are on this planet. Science cannot describe love or hate, it cannot measure truth or justice, it is oblivious to happiness and passion, it cannot replicate virtue or vanity. And so on it goes …

Yet, why is it that so many civilisations, old and new, believed passionately that there is existence beyond our natural understanding? That is because everything around us points to a greater being. Interestingly, over the years, scientist in their thousands have arrived at a belief in God by studying the order and design of nature.

Go to https://en.wikipedia.org/wiki/List_of_lay_Catholic_scientists to find the many hundreds of the world’s greatest scientists who were devoutly believing Catholics. Their scientific minds saw God’s design in their work. For many of them, there was no conflict between religion and science, because truth is much larger than science.

So, can we know about God with only the light of human reason? Yes we can. As far back as the Greek philosopher Aristotle (384–322 BC) humans were convinced that God existed. They could show by causation and by motion that the universe had to start somewhere – with God.

How fascinating is it that the Big Bang Theory, now widely accepted as a genuine scientific way of understanding the origins of our expanding universe was first proposed by a Catholic priest, Georges Henri Joseph Édouard Lemaître? He was a Belgian Catholic priest, theoretical physicist, mathematician, astronomer, and professor of physics at the Catholic University of Louvain.

If you do believe in the existence of God, then you are in very prestigious company.

Photo by Greg Rakozy on Unsplash