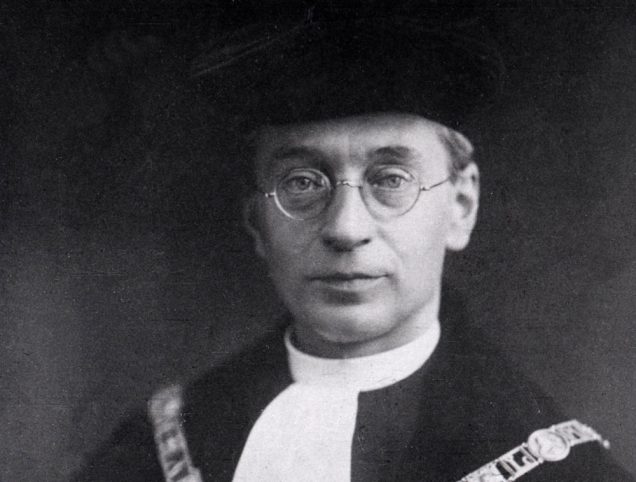 One of the Church’s newest saints, canonised just a couple of months ago on 15 May, is Dutch Carmelite priest Titus Brandsma O.Carm, who was murdered in Dachau concentration camp during the Second World War.

Titus was a professor of philosophy and a journalist who bravely resisted the Nazis by seeking to stop the spread of their propaganda in Catholic newspapers.

“St Titus exhibited a vehement clinging to the truth and a willingness to defend the truth and to suffer for it,” Mother Teresa Benedicta said.

“He used his natural gifts such as journalistic skill at the service of the Gospel and of all people of good will, most especially in condemning Nazi ideology.”

Born into a devout Catholic family in the Province of Friesland in 1881, all but one of Titus’ four siblings entered religious life.

Titus became a Carmelite in 1898 and earnt a doctorate in philosophy in Rome. He was ordained a priest in 1905 and became a professor of philosophy and the history of mysticism at the Catholic University of Nijmegen.

A man of many talents, Titus was also a journalist and was appointed spiritual advisor to more than 30 Catholic newspapers in the Netherlands.

A long-time advocate of freedom of the press, Titus fought particularly hard against the spread of Nazi ideology. He openly criticised the Nazis in his published writings, on one occasion writing,

“The Dutch have made great sacrifices out of love for God and possess an abiding faith in God whenever they have had to prove adherence to their religion … If it is necessary, we, the Dutch people, will give our lives for our religion.”

When the Nazis invaded the Netherlands in May 1940, Titus was already a person of interest to them.

In January 1942 Titus bravely decided to hand deliver a letter from the Conference of Dutch Bishops to the editors of Catholic newspapers, urging them not to publish Nazi propaganda as was required under Nazi law.

Titus managed to deliver the letter to 14 editors before he was arrested by the Gestapo on 19 January 1942.

He arrived at Dachau concentration camp on 19 June. His calmness and cheerfulness infuriated the guards who subjected him to ferocious beatings. Titus ignored the ban on practising his priestly ministry and regularly gave blessings to his fellow inmates, heard their confessions and led them in prayer.

When his health declined he was transferred to the infirmary where he became a victim of Nazi medical experimentation. A nurse administered him a lethal injection and he died on 26 July 1942. He gave his rosary beads to the nurse who injected him, encouraging her to pray the Hail Mary so her soul would not be lost.

Before his death, Titus had encouraged his fellow prisoners, telling them, “We are here in a dark tunnel but we have to go on. At the end, the eternal light is shining for us.”

Mother Teresa Benedicta said St Titus was a “great encouragement to all who are called to witness to their faith in a hostile environment”.

“Especially in terms of resisting evil ideologies that insinuate themselves into society. This is no less true of our day than it was in Titus’ own day and age.”