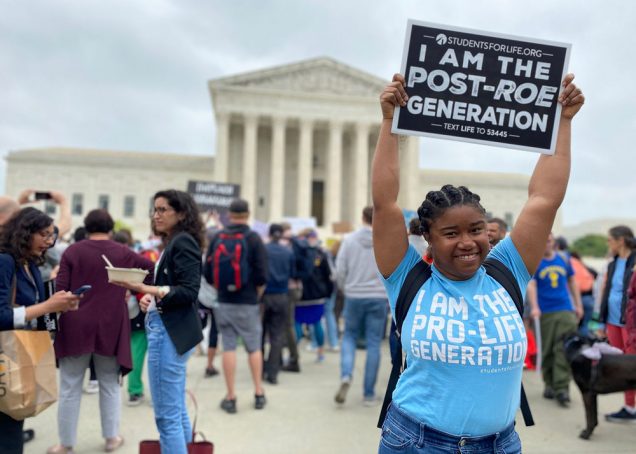 On 24 June the US Supreme Court overturned the controversial Roe v Wade ruling of 1973 which had recognised abortion as a constitutional right, making abortion legal across the country.

In their finding on Dobbs v Jackson Women’s Health Organisation, the nine Supreme Court judges voted five to four in favour of overturning the almost fifty-year-old ruling of Roe v Wade. The decision effectively returns the power to determine the legal status of abortion to the individual states.

The Dobbs finding also overturned the 1992 ruling of Planned Parenthood v Casey, which had upheld Roe.

The court found that both Roe and Casey had been incorrect in ruling that the US constitution conferred a right to abortion.

In delivering the opinion of the court, Justice Samuel Alito stated, “We therefore hold that the Constitution does not confer a right to abortion. Roe and Casey must be overruled, and the authority to regulate abortion must be returned to the people and their elected representatives.”

The landmark decision was not unexpected after an initial draft of the court’s opinion had been leaked to media on 2 May.

In response to the Supreme Court’s decision the US Conference of Catholic Bishops released a statement saying, “This is a historic day in the life of our country, one that stirs our thoughts, emotions and prayers.”

“For nearly fifty years, America has enforced an unjust law that has permitted some to decide whether others can live or die; this policy has resulted in the deaths of tens of millions of preborn children, generations that were denied the right to even be born.”

Closer to home, Sydney’s Archbishop Anthony Fisher OP rejected US President Joe Biden’s claim that the court’s decision was a “setback” for women.

“I don’t think he’s got that right,” Archbishop Fisher was reported in The Australian as saying of Mr Biden, a Catholic.

“The job of the US Supreme Court is to interpret the constitution fairly on the words of the constitution,” Archbishop Fisher added. “There was no absolute right to abortion such as it had been invented by the court.”

Archbishop Fisher also criticised Catholic leaders who do not uphold Catholic teaching on matters like abortion.

“If you are going to tell the world you are a pious believing Catholic, you should stand up for that and not for something radically contrary to that,” Archbishop Fisher said.

Foreign Editor of The Australian, Greg Sheridan, said the overturning of Roe v Wade constituted a return to democracy.

“The US Supreme Court was right to overturn the Roe v Wade ruling of 1973 (and a later case known as Casey) which, implausibly, had found an implicit right to abortion hiding in the US constitution,” Mr Sheridan wrote in his 28 June opinion piece in The Australian.

“It was right legally, which for the court is all that should matter. But it also speaks well of the US that, with a million abortions a year, it takes the issue seriously.”

On 8 July President Biden signed an executive order to protect access to “reproductive health care services”, in an effort to prevent states restricting access to abortion.

Photo: Norvilia Etienne, of Students for Life, holds a sign outside the US Supreme Court on 3 May, 2022, the day after a draft of the court’s opinion was leaked signalling that the court was leaning toward overturning Roe v Wade. Photo by CNS photo/Rhina Guidos.