The gift of human life 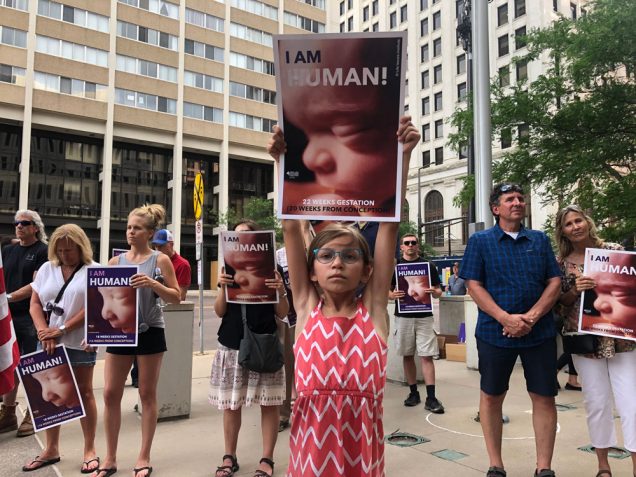 The recent decision of the US Supreme Court in Dobbs vs Jackson Women’s Health Organization, which overturned the 1973 Roe v. Wade decision with regard to an implied right to abortion in the United States Constitution, is an historic moment.

The decision itself is based not on moral or theological arguments but simply sound legal reasoning that the majority decision in Roe erred in creating an implied right without objective legal basis. The effect of the Dobbs decision is not to ban abortion in the US as such but rather to hand back legal control of the issue to individual states to be dealt with through the democratic legislative process.

Now it is up to the individual states to determine whether to allow or restrict abortion. It is worth noting that already 13 states have legislatively recognised the preciousness of human life in placing bans on all forms of abortion and at least another 13 are considering similar bans or at the very least, severe restrictions.

In the United States the issue of a constitutionally protected right to abortion has been a contentious issue for many years. We have witnessed in recent years a shift in public opinion with increasing opposition to legalised abortion beyond viability, which is currently around 24 weeks, at which point the baby can survive independently outside the womb.

The Dobbs decision is a landmark decision in legal terms but we must not view it as being anything more than a necessary and right correction of a poor legal decision made in 1973. The real development we wait for is the acknowledgement by the US Supreme Court and other governments and courts internationally, of the irrefutable biological fact that human life biologically begins at conception and therefore must receive all the protections we legally afford to human beings.

Of course while there are positive developments in the United States on the protection of life at its earliest stages of development, at the same time in Australia and indeed around the world we are seeing increased efforts to legalise euthanasia and assisted suicide.

From a Christian perspective what ties these two issues together is that they both seek to attack the preciousness of human life. As Christians we believe that human life is a gift. It is a gift of God. Indeed, even human reason tells us that we did not bring ourselves into existence, we are not the source of our own life, rather we are dependent beings.

In Tasmania the government is currently working on regulation to implement the legalisation of euthanasia and assisted suicide. As I noted at the time of the passing of this legislation, it constitutes an attack on the preciousness and gift of human life and will cause untold harm to a range of vulnerable individuals in our community. I am currently working with those Catholic and more broadly Christian organisations who will be impacted by this Bill and its regulation to ensure that no individual or facility, whether in a medical or aged care setting, will be forced to be involved with euthanasia or assisted suicide.

Let us hope and pray that the legalisation of euthanasia and assisted suicide in Tasmania and indeed around the world will be short lived and that together we might bring about a true culture of life that protects human life from conception until natural death.

In particular, let us seek the prayerful intercession of St John Paul II who was such a tireless defender of human life and whose own witness to suffering was so powerful to so many.