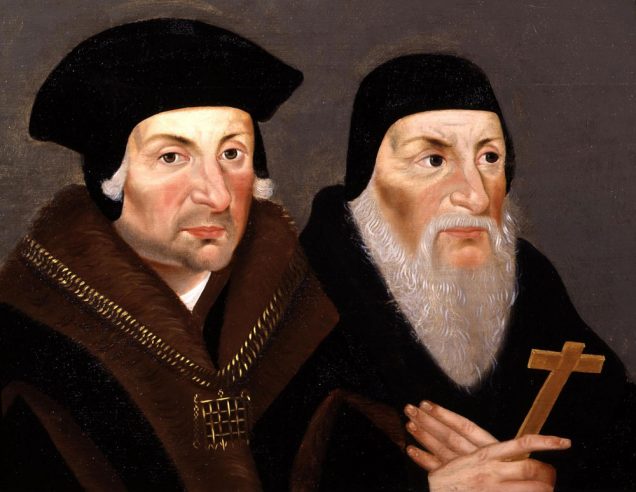 “I die the King’s good servant, but God’s first.” These were the famous last words of St Thomas More, spoken as he stood on the scaffold at the Tower of London, awaiting execution for the crime of treason.

A devout Catholic, More had refused to deny the supreme authority of the papacy by acknowledging King Henry VIII as the head of the Church in England.

Born in 1478, More was a brilliant man, a lawyer, philosopher, statesman, and author. He was a close confidante of King Henry VIII and served him as Lord High Chancellor of England from 1529 to 1532.

Things turned sour however when Henry wanted an annulment from his first wife, Catherine of Aragon, because she had not produced a male heir, and because he wanted to marry Anne Boleyn. Rome refused the annulment, infuriating Henry and leading him to declare himself head of the Church in England.

More stood his ground under intense pressure from the King, refusing to deny the supreme authority of the Pope. More also opposed the annulment.

At his trial, it took the jury only 15 minutes to convict More of treason. Initially, he was sentenced to be hanged, drawn and quartered, however the King commuted the sentence to beheading, no doubt feeling some compassion for his former friend and advisor. More was executed on 6 July 1535.

St John Fisher also refused to acknowledge Henry as head of the Church in England and had suffered the same fate as More only weeks earlier.

Born in 1469, Fisher became Bishop of Rochester and later a cardinal. A learned man and theologian, he was elected chancellor of the University of Cambridge and was famous for his ability as a preacher.

Fisher was vehemently opposed to Henry receiving the annulment, and he represented the Queen at court, where it is said that he declared himself willing to die, like St John the Baptist, in defence of the indissolubility of marriage.

After refusing to sign the oath acknowledging Henry as head of the Church in England, Fisher was imprisoned in the Tower of London. Rome elevated Fisher to the Cardinalate, in an effort to convince Henry to soften his fury, however it had the opposite effect, with Henry declaring he would send Fisher’s head to Rome to receive the cardinal’s hat.

Fisher was found guilty of treason and sentenced to be hanged, drawn and quartered. After public outcry, the sentence was commuted to beheading. Fisher was executed on 22 June 1535.

Thomas More and John Fisher were both canonised by Pope Pius XI on 19 May 1935.