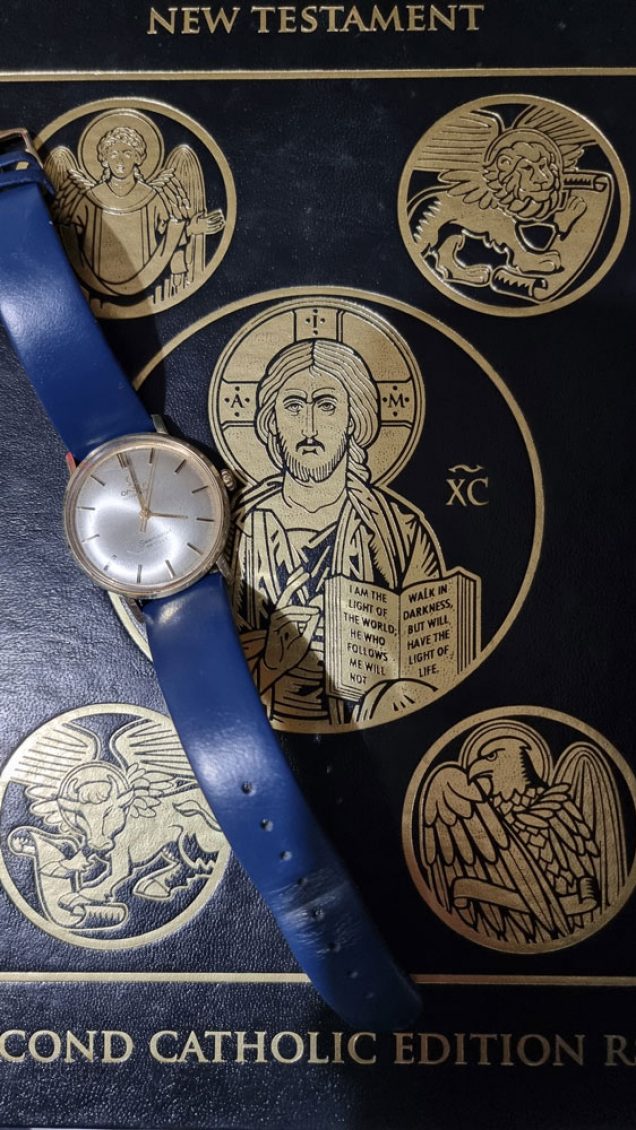 A number of years ago my great uncle Ron passed away. When I arrived home to Tasmania I was handed a small cluster of his possessions, including an old farm watch; a simple, broken watch, with a tacky $5 material wrist band. I looked at it once, deemed it worthless, but couldn’t bring myself to throw it out, so left it in the box it came in and moved on with life.

Years passed by. Late last year my dress watch broke. I remembered the old broken farm watch and figured I could put a new battery in it, at least until I found an affordable watch I liked. I dug the small box out of a drawer and while inspecting it the seconds hand suddenly began ticking. I flinched, “How?” That moment of confusion merged into amazement as I realised that this ‘broken old-man’s farm watch’ was in fact an old-school mechanical watch – no batteries needed.

When I’d looked at the watch many years ago I hadn’t handled it. It just had to be picked up. It also dawned on me that mechanical watches aren’t cheap and so quickly read the fine print on the Omega watch face, Googled it, and saw a series of four-digit price tags for that exact model. After a visit to the Jewellers in Launceston for a new wrist band, it was ready to go. It tells the time and not much else, but when raised to your ear the amazingly complex mechanical rhythm whispering from it is exquisite. Great Uncle Ron’s watch is beautiful; I just had to pick it up.

Similarly our bibles either remain old out-dated books, gathering dust, or we pick them up. We encounter God, now. Time is ticking. God is waiting.

Similarly our bibles either remain old out-dated book, gathering dust, or we pick them up. We encounter God, now. Time is ticking. God is waiting.

Prayer either remains an exercise of our childhood, gathering contempt, or we pick up with God again; we talk – blunt, honest prayer. As St Teresa of Avila wrote, “Prayer is nothing else than being on terms of friendship with God.” Time is ticking. The time is now.