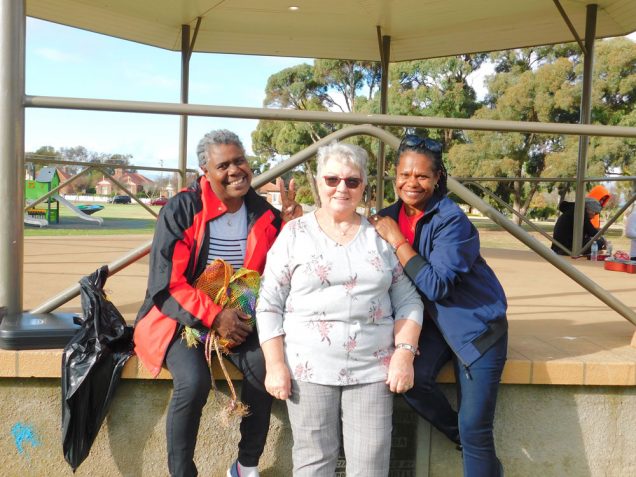 Community networking and advocacy for seasonal workers is paramount, a Kings Meadow parishioner urged this month.

“As many workers return to their home countries and families, my aim is to try – during the winter season – to establish a community networking group to prepare community and parish welcoming activities when they return for the summer berry season,” she said.

“It began with Timor Leste workers becoming part of our parish family in 2018, and now includes some workers from Vanuatu, Tonga and Samoa.”

Mrs Talbot said there were big issues for seasonal workers in the state, including a lack of support when insufficient work is available, language barriers, piece rates, accommodation, transport and a lack of community and parish inclusion.

In 2019, the parish received a grant to promote‘Genuine community and parish inclusion of Longford District berry farms’ overseas workers’ from Highways & Byways, a Community of Service, set up by the Missionary Sisters of Service.

“I was the Parish coordinator of this project, and with a small committee and support from the Northern Midlands Council, organised a Community Welcome Partyat the Memorial Hall and Village Green in November of that year, with approximately 400 seasonal workers and community members attending,” Mrs Talbot said.

The success of the event led to it being awarded the Northern Midlands ‘Australia Day Event of the Year’. A similar event was planned for April 2020, but COVID restrictions forced its cancellation.

Mrs Talbot said a dramatic increase in support for seasonal workers in the region is now desperately needed.

“I would appreciate being able to network with those in other Tasmanian parishes who have seasonal workers in their parishes,” she said.

“I strongly encourage them to participate in the ACRMO/ACRATH Pastoral Outreach Sessions via Zoom.”