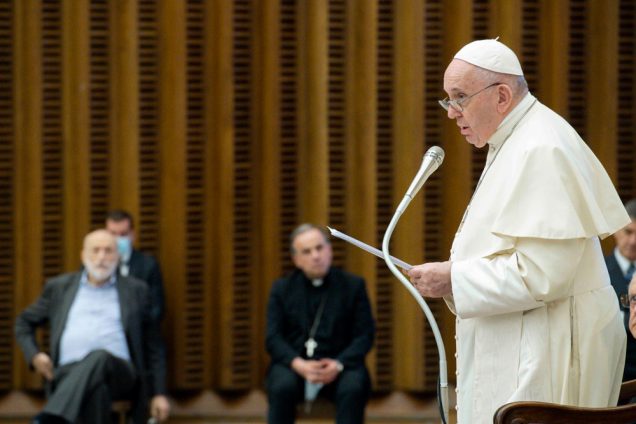 Laudato Si’ Week, held on May 22-29 this year, marked the seventh anniversary of Pope Francis’ landmark encyclical on care for creation.

The annual celebration has become a way for Catholics to unite and rejoice in the progress made in bringing Laudato Si’ to life and to commit to further prayer and action.

Signed by the Pope on May 24, 2015, Laudato Si‘: On care for our common home, called for the reshaping of society towards a world where the natural environment is protected and the rights of the most vulnerable defended.

The encyclical proposed that global inequality and the deterioration of the world’s natural resources can be addressed by governments, organisations and individuals taking an “integrated approach” to global challenges.

Laudato Si’ Tasmania convenor Father Michael Tate said the local chapter seeks to help Tasmanian Catholics and other people of goodwill respond to Pope Francis’ often repeated plea to hear “the cry of the earth and the cry of the poor.”

“When we do that, we serve the most vulnerable of humanity and the rest of creation simultaneously,” he said.

Laudato Si’ means “praise be” and is taken from a prayer of St Francis of Assisi.

In his papal letter, Pope Francis called on all people to care for all of creation, including the earth’s diverse habitats, its many species, and for each other.

Fr Tate said “Laudato Si’ is not a green encyclical.

“It’s a social encyclical,” he said.

“The Pope does not assert that human activity leading to greenhouse gas emissions is the only cause of global warming. He acknowledges other factors ‘such as volcanic activity, variations in the Earth’s orbit and axis, [and] the solar cycle’ as contributory to natural climatic fluctuations.”

Fr Tate said the Pope accepts the scientific evidence which points to a tipping point, wherein “most global warming in recent decades is due to the great concentration of greenhouse gases… released mainly as a result of human activity.”

In response to the Vatican’s action plan to implement Pope Francis’ call for “ecological conversion”, representatives of different sectors within Tasmania’s Catholic community committed to enacting the plan across the Hobart Archdiocese.

“This commitment has been forwarded to the Holy See and includes the signatures not only appropriate to the Archdiocese itself but of the major Catholic organisations in the state, alongside the parishes,” Fr Tate said.

“We see our task as embedding the spirituality of St Francis of Assisi into the thinking of all our Catholic entities, ranging from healthcare to education to the parishes and so on. And then to give practical effect to that spirituality as envisaged by Pope Francis.”