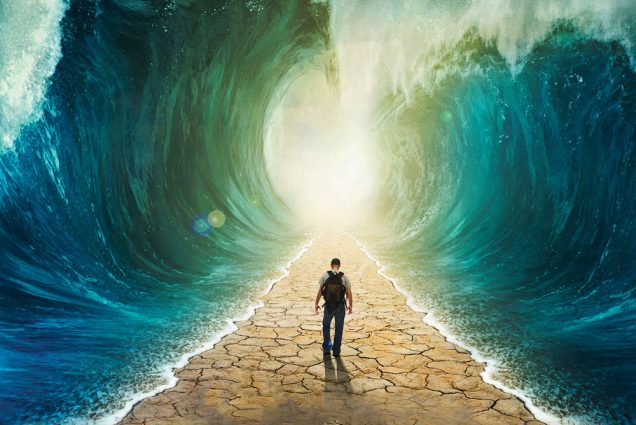 Evidence from miraculous events that have occurred around the world will be explored and discussed by medical experts during an exhibition taking place in Hobart from 15 to 26 June.

As an initiative of the Archdiocese of Hobart, the exhibition titled ‘Miraculous Events: Science Tests Faith,’ will consist of interactive and documentary styled presentations of more than 20 miracles, including eyewitness testimonies and findings from scientific investigations.

The miracles will include inexplicable healings from deafness, blindness, cancer, paralysis, and even death, said event organiser, Dr Christine Wood, Director of the Office of Evangelisation and Catechesis.

“It’s a fascinating tour-de-force of God’s personal engagement in the world today and man’s response to God,” Dr Wood said.

“An event would be called miraculous if science cannot explain its causes through nature or man-made means, and there’s evidence that a higher power, ultimately God, is at work.”

“Scripture speaks of miracles performed by Jesus, the prophets and apostles. The Christian faith bears testimony that God continues to work miracles across the centuries to elicit faith and wonder as a response to his desire to enter into our lives.”

Exhibits of miracles from around the world will be on display at the Waterside Pavilion in Hobart which will be open to the public every day throughout the exhibition from 10am to 4.30pm.

Presentations will also be given by a variety of speakers including a panel of medical experts who will explore the scientific evidence for miraculous healings.

Dr Umberto Villa, an emergency trainee doctor at the Royal Darwin Hospital will speak on the evidence for Eucharistic miracles. Dr Villa has translated into English an Italian book by Dr Franco Serafini titled, A Cardiologist Examines Jesus, analysing five Eucharistic miracles from different countries around the world.

Dr Villa said in each of the five cases discussed in the book, a Eucharistic host which appeared to be bleeding was scientifically analysed and found to consist of human heart tissue. It was also determined in each case that the tissue sample had come from a person who had suffered a traumatic death.

“When you look at the tissues under the microscope, and it’s been analysed by multiple scientists, most of them, actually, the majority of them, were blinded to what the origin of the sample was,” Dr Villa said.

“They’ve all been able to conclude that it was heart muscle tissue… they’ve even been able to pinpoint a diagnosis… just like when you send the biopsy off to the pathologist.”

“It does fit with the Gospel narrative of Jesus’ heart being speared by the centurion, and blood and water pouring out in that specific wound. So there’s a correlation there, like a medical autopsy.”

Also speaking during the exhibition will be Greg Sheridan, Foreign Affairs Editor for The Australian and author of Christians: The Urgent Case for Jesus in Our World, and God is Good for You: A Defence of Christianity in Troubled Times.

Mr Sheridan will discuss Christianity’s contribution to Western civilisation and the historical case for Jesus.

Dr John Flader, author of Dying to Live: Reflections on Life After Death, will speak on the scientific evidence for the existence of God.

Dr Wood said she hoped the exhibition would interest the religiously unaffiliated and those who pit science against faith.

“As a scientist and theologian myself, I see no contradiction between science and faith,” she said.

“Miraculous events demonstrate that, although science has achieved wonders in the modern age, some things are beyond its scope of study.”