New service to tackle the harm of pornography 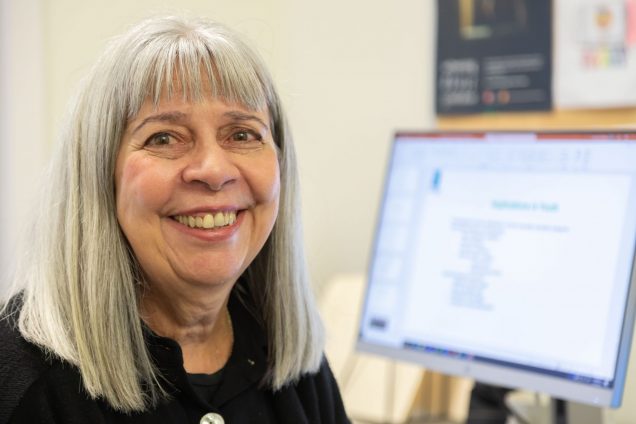 Through her work as a family therapist, Dr Lucimey Perez, has witnessed the devastation that pornography addiction causes to lives and relationships.

“It’s called the new drug,” Dr Perez said. “It produces a lot of harm… the biological changes produced by pornography are sometimes irreversible.”

Pornography addiction is increasing because of the internet, Dr Perez said, and is harming relationships and society in general because of changes it causes to the brain.

“The brain changes and so relationships change as well. There is an impact on society because the person is not functioning properly. It’s an addiction.”

Dr Perez has taken up a new position with CatholicCare Tasmania as a Therapeutic Specialist and Educator focusing on pornography addiction and the subsequent harms. The new role was the initiative of Archbishop Julian.

In her role Dr Perez will collaborate with the Archdiocese of Hobart, CatholicCare Tasmania, Catholic Education Tasmania, and the wider community to promote and deliver services aiming to reduce the impact of pornography.

As well as working with individuals suffering from pornography addiction, Dr Perez will provide education in schools, raising awareness of the dangers of pornography and educating on healthy sexuality, the addictive nature of pornography and its effect on the human brain, and the impacts on relationships, sexuality and social wellbeing.

Dr Perez, who holds Masters degrees in Psychiatry and Systemic Psychotherapy, and a PhD in Neurochemistry, said consuming pornography leads the brain to produce dopamine, a chemical that causes feelings of pleasure. The brain then rewires itself to desire more of the same pleasure, driving the addiction to seek greater and greater experiences of pleasure. Once the brain has rewired itself it is very difficult to reverse, she said.

“That’s why it’s very important to do early detection and early intervention so we can prevent the brain being modified by viewing [pornography].”

Addicts spend so much time consuming pornography, she said, that they neglect their jobs, their families, and other relationships. Pornography addiction leads adolescents to engage in early sexual intercourse, and it warps a person’s views on relationships and sexuality.

A report from the Australian Institute of Family Studies released in 2017 found that almost half of children aged 9 to 16 experience regular exposure to sexual images, with young males more likely to seek out pornography. It also found a link between pornography and sexual objectification, attitudes supporting sexual violence, and violence against women.

The Catholic Church has always opposed the production, distribution and use of pornography, teaching that it “perverts” the intimate sexual act between spouses and does grave injury to all those who participate in its production, since it reduces the person to “an object of base pleasure and illicit profit for others”.

Director of the Life, Marriage and Family Office for the Archdiocese of Hobart, Ben Smith, said pornography posed a great danger to marriages.

“Pornography addiction can have a serious impact on marriages and relationships especially if it is kept hidden as it undercuts the level of trust,” Mr Smith said.

“When young people get addicted to pornography it can negatively impact their view of human sexuality and act as a form of marriage de-preparation that can have serious consequences when they attempt to form lifelong relationships.”

“I want to help. The therapeutic act is an effective relationship because you feel empathy. So I want people to be healthy.”