The Power of Humble Invitation 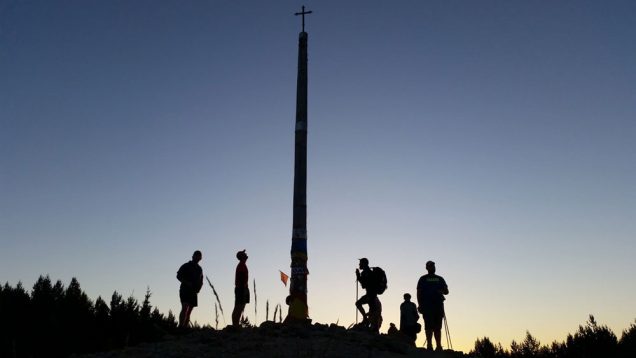 We recently celebrated the Feast of the Annunciation, a feast that reverberates throughout time and challenges us in our daily lives. I would normally be drawn to contemplate the consequences of the Blessed Virgin Mary’s ‘fiat’, her ‘yes’ to God, but the other element I found myself pondering this year was the Annunciation itself; a straight forward, to the point, unveiling of the will of God. It was concise and deliberate.

For many youth and young adults the faith walk can feel isolating. At university I was labelled as ‘God boy 2’. Someone else had been called ‘God boy 1’. I received that nickname for nothing more than having attended Mass on Sunday. That was all. It was a point of amusement for some that I even went to Mass. I wish I had the courage back then though to ask a simple question of my friends, “Do you want to come to Mass on Sunday?” Some would have said no, but I believe a few of them actually would have come along.

In 2015 I guided a priest and eleven young men discerning their vocations along the Camino de Santiago in northern Spain. One moment stood out during that pilgrimage. About halfway along the Camino we arrived in a small town with a locked church. The priest found a local with a key to the door and then turned to us all saying, “I’m going to spend an hour preparing for Mass. You go and invite the locals and any other pilgrims to 6pm Mass.” In the atmosphere of the Camino it didn’t feel awkward to invite everyone we met in the proceeding hour, “Hi, we have a priest and a key to the church. We’re celebrating Mass at 6pm if you want to come.”

This continued for a few towns in a row and each night our pilgrimage group doubled in size for Mass. Then something special happened. As we walked into another isolated town an American woman yelled out to us, “Hey! Are you the group with the priest? Is Mass on tonight?” She wasn’t the only one asking. The pilgrims were now looking for us, even asking which town we were aiming to stop at the next day. And no, they weren’t all Catholics. Some had never been in a church their entire lives. The priest knew this and so every Mass was a continued invitation into the life of the church. After a week of filling little country churches one of our pilgrims exclaimed, “This is amazing! All we do is invite people and they come!” His enthusiasm was quickly dampened as the priest scolded him, “That’s how it’s meant to be! It’s a simple invitation before every Mass.”

Invite someone to go with you.