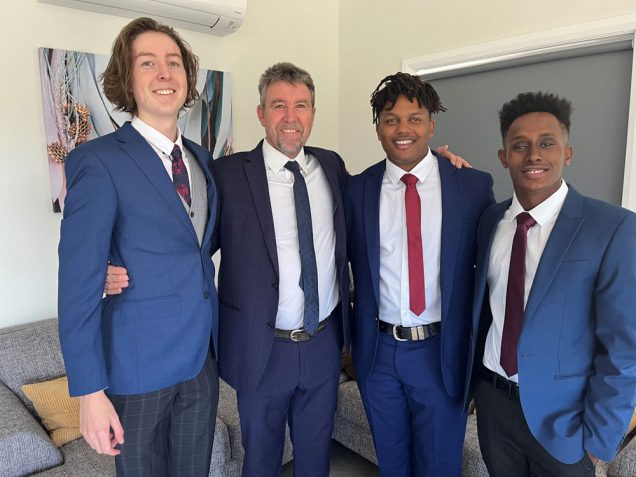 A return to the Catholic school system in Tasmania has been a blessing for new principal at Marist Regional College in Burnie, Noel Nethery.

Mr Nethery, who has worked in education for 39 years – including a previous four-year stint at Marist – said commencing the role this year felt like coming home.

“My wife and family are Tasmanians and past Marist students themselves,” he explained.

“Heading back to Marist was almost full circle, professionally, and a homecoming for myself. Returning to Catholic Education is also a thrill for me after numerous years away in independent colleges.”

Mr Nethery said after 26 years as Head of Queensland primary schools St Stephen’s College and Townsville Grammar, he was attracted to Marist Regional College for a number of reasons.

“The role of Principal at Marist is a challenging one but after only 10 weeks of my tenure, I am thoroughly enjoying it,” he said.

“I’m most looking forward to building a relationship with staff, students and parents of the College community and the North West Coast. It’s not only a beautiful part of the world, but it’s also unique.”

After graduating, he made his way to Marist Regional College in 1984, where he taught for three years. He then spent 10 years at Sacred Heart Primary in Ulverstone, as Deputy and Acting Principal.

Mr Nethery said returning to Tasmania, “God’s Own Country”, was a wonderful thrill and opportunity.

“My experiences of being a Head in independent colleges in Queensland were immense, and I feel from these, I can bring a lot of positives to the College,” he said.

“Drawing the parent community into the school is a very important part of connectivity. Unfortunately, COVID has hampered this somewhat, but I’m sure collectively we all hope this can’t go on forever.”

“I am very much looking forward to my time at Marist Regional College.”