‘I give thanks to God for my priesthood’ 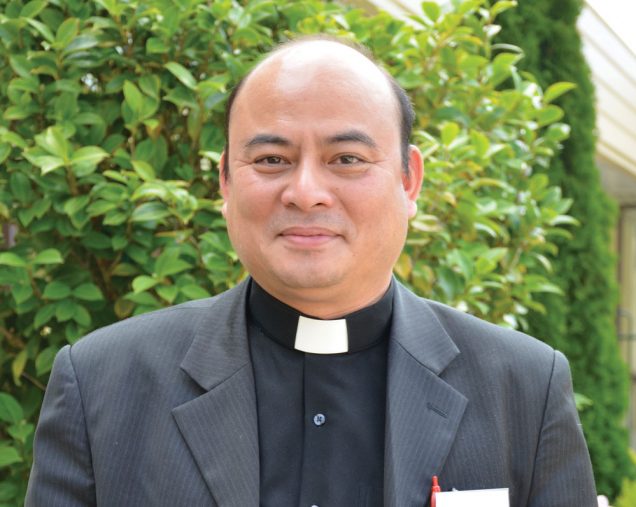 In some ways, the past few years have been a time of change for West Tamar Parish administrator Fr Martin Aye Ngwe, who celebrates his 25th anniversary of ordination to the priesthood this month.

Abroad, political unrest continues in his birth country of Myanmar following a military coup in February 2021.

At home, his parish church is no longer in Pomona Road, Riverside. Instead St Francis Church is now in a revamped former Anglican church on the West Tamar Highway.

But other things remain constant in that quarter century since Fr Martin was ordained on 6 April 1997 at St Peter’s Cathedral in the Diocese of Pathein, Myanmar. Fr Martin quoted Mark 10: 45, ‘I came, not to be served, but to serve’ when he explained his motivation from the time of his ordination.

“I give thanks to God for my priesthood,” he said.

“I love God … and I continue to dedicate myself as much as I can to His glory for the betterment of the Church and for the good of the people.

“I am happy because I am serving here for the spirituality. I am assisting those who are in need of the sacraments and the other devotions and adorations.”

Since his ordination, Fr Martin served in Davoy Parish, Mawlamyine Diocese, Myanmar; was the national director of communications for media for the Bishops’ Conference of Burma; and served in the Broken Bay Diocese and the Archdiocese of Sydney. He has been in the West Tamar Parish for nearly nine years.

Fr Martin had hoped to travel to Myanmar this year to reunite with four other priests who were all ordained at the same time, but that will not happen due to political unrest and the pandemic.