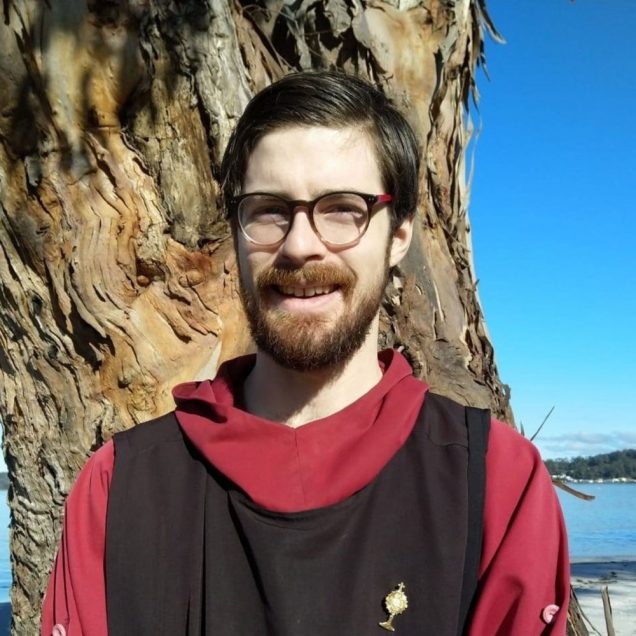 An award-winning essay is an ode to the beauty of divine will.

That’s according to Br John-Joseph Martin, of the Little Eucharistic Brothers of the Divine Will based at Dover in southern Tasmania, who has taken out the prestigious Archbishop of Sydney prize for Excellence in Postgraduate Theology. This is an annual award from the University of Notre Dame (Sydney campus).

“It was a postgraduate Trinity unit essay entitled ‘Against three wills: The Catholic doctrine of una voluntas’ … looking into the argument that there are not three wills in the Trinity but only one will,” Br John-Joseph said.

He already holds a Masters in Theology from the Australian Catholic University and is now undertaking postgraduate diploma studies towards the formation for candidacy for holy orders.

Br John-Joseph, 29, took his perpetual vows as a Little Eucharistic Brother at St Mary Our Hope Catholic Church in Dover in July 2020.

“Since I was 11 I felt a call towards the religious life and the priesthood, and … having gone to a Christian Brothers’ high school [in Fremantle, WA], that also facilitated a desire to live as a brother,” he said.

“I couldn’t shake the call and I wanted to serve the Catholic Church in Australia.”

Br John-Joseph studied a BA majoring in theology at the University of Notre Dame, (Fremantle campus) before becoming part of the Little Eucharistic Brothers’ community and moving to Tasmania in 2014.

He said he was drawn to the Brothers’ “contemplative pace of life, centrality of Eucharistic adoration and the notion of divine will – that something is God’s will and to live and do God’s will and discover the beauty of that – and so this particular essay is an ode to the divine will”.

The Little Eucharistic Brothers of Divine Will is a three-strong community of consecrated brothers under the auspices of the Archbishop of Hobart.