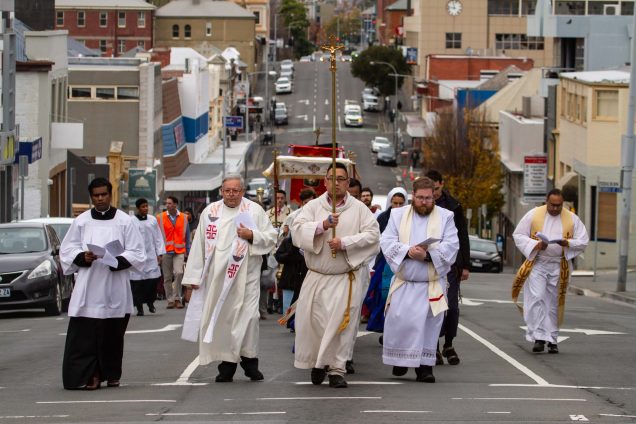 On 10 December 1948 in Paris the United Nations General Assembly proclaimed the Universal Declaration of Human Rights (General Assembly resolution 217 A). This declaration had been drafted by representatives from a range of legal and cultural traditions from around the world, from the Christian nations of the west to Islamic nations of the middle-east and Buddhist and Hindu countries of Asia. Despite the cultural and religious differences these representatives were able to find agreement on certain fundamental principles of justice framed mainly in terms of human rights.

This declaration although imperfect provided a clear articulation from the international community as to basic freedoms and protections that all human beings are entitled to. Most of these fundamental rights and protections have been recognised in Australian law, albeit in different ways and not through a national Bill or charter of rights as some other countries have instituted. Yet there is one attribute which has not received the same kind of treatment or recognition as others such as sex, race, and age, and that is religious belief.

Article 18 proclaims that “Everyone has the right to freedom of thought, conscience and religion; this right includes freedom to change his religion or belief, and freedom, either alone or in community with others and in public or private, to manifest his religion or belief in teaching, practice, worship and observance.”

There are a number of reasons why this right to religious freedom had not been more clearly protected in Australian law. Firstly, there has been a protection for religious belief in our Constitution from the beginning, in section 116.  And while this was not an absolute blanket national protection it expressed clearly the position of the Australian community. So it was likely not believed necessary to introduce further laws. Second, and perhaps most significant, has been the lack of any need for stronger protections for a good part of our nation’s history as there has not existed any militant social movement seeking to silence those of religious faith.

This situation has clearly changed over the last 15 years with increasing challenges being mounted through various laws, mainly anti-discrimination laws, to silence the public expression of believers or restrict the ability of faith-based institutions, such as schools, hospitals and welfare agencies to run these operations on the basis of their faith’s beliefs.

The Morrison government proposed Religious Discrimination Bill 2021 introduced into Parliament simply seeks to address this historical anomaly and give religious belief the same kind of protections we currently provide to other attributes. Let’s be absolutely clear about this. The proposed Bill is not, as some have asserted, giving any special treatment to religion over other attributes or indeed other types of organisations. In fact, it is simply trying to bring the treatment of religious belief into line with how other attributes are protected in various other discrimination laws.

Australians should be free to publicly express their deeply held religious beliefs. This is a basic international principle of justice we find in the UN Declaration and subsequent international documents, expressed in terms of the right to religious freedom. The only basis for restricting speech should be where it involves libel or directly and explicitly promotes hatred or violence towards others. I have seen and experienced firsthand the chilling effect of laws like the Tasmanian Anti-discrimination Act which allow complaints because a person feels offended. Many Australians do not want even the slightest possibility of being hauled before of a tribunal of this nature by an activist and so no longer feel comfortable in respectfully expressing their religious beliefs. The proposed Federal Religious Discrimination Bill 2021 will finally address this situation.

It is disappointing to read negative comments about the proposed Bill which claim it will allow all manner of adverse discrimination. This is simply not true. It is a very modest Bill. I would like to have seen it go further than it does in this draft, but what it will do is finally give federal recognition in law to the importance of preventing religious discrimination.

It is interesting that the Tasmanian Anti-discrimination Act gives political parties extensive exceptions in the area of employment with regard to the political beliefs of the staff they employ in order to ensure that these staff are aligned with the political values of the party or the members they work for. This is of course entirely reasonable. You would never expect the Liberal Party to be accused of unjust discrimination for not hiring a person committed to Marxist ideology. Religious institutions are simply looking to be able to exercise the same freedoms as political parties, on an issue which is arguable even more critical than political beliefs, that of religious beliefs.

I believe all reasonable and fair-minded people will see the bill for what it is; simply an attempt to achieve long overdue equity in treatment of attributes with regard to anti-discrimination laws.