Feast of the Holy Family: 26 December 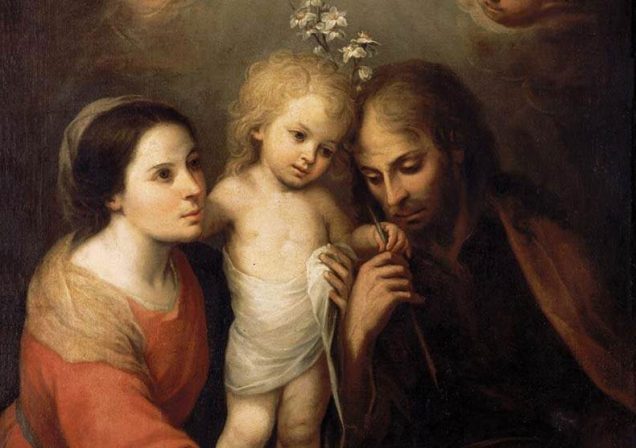 Although this feast day honours the Holy Family—Our Lord Jesus Christ, his mother, the Blessed Virgin Mary, and his earthly father, St Joseph—it is perhaps appropriate on this occasion to focus on the role of St Joseph within the Holy Family, since the Church has just concluded the Year of St Joseph on 8 December.

As designated by God, St Joseph was the protector and provider of the Holy Family. One can only imagine what type of man Joseph must have been, given that God trusted him with taking care of Our Lady and the Christ child. With Joseph, actions speak louder than words, since the Gospels record not a single word spoken by him.

The first thing the Gospels tell us about Joseph’s character is that he was a “just man”. Joseph wanted to spare Mary public disgrace following the revelation that she was with child prior to their living together. For this reason, he had decided to “divorce her informally”.

We then discover something more about Joseph’s character—that he was also a man of great faith and obedience to God. An angel of the Lord appears to him in a dream, telling him not to fear taking Mary as his wife, because the child was conceived of the Holy Spirit.  Upon waking from the dream, Joseph accepts this revelation and takes Mary as his wife. This is the act of a man with enormous faith and trust in God, as well as great love and respect for Mary.

Joseph always protected his wife and son. He found a place, albeit it a humble stable, for his pregnant wife to give birth in Bethlehem. He took his family to Egypt to escape King Herod who wanted to kill Jesus, only returning to Nazareth following Herod’s death.

St Joseph was also Christ’s role model for how to be a man. It was Joseph who taught Jesus the carpentry trade and the value of hard work and honesty. Through word and example, Joseph would have taught Jesus the importance of obedience to God and the law of Israel.

As well as being Patron of the Universal Church, St Joseph is also invoked under numerous titles, one of those being “Terror of Demons”. Why should this man whom we never hear utter a single word in the Gospels be so frightening to the forces of evil? Because just like his wife, Joseph submitted with humble obedience to the will of God. He surrendered his entire life to the service of his family, to the Mother of God, and to Jesus Christ, the Son of God and Saviour of the world.