Carols welcome the birth of the Saviour 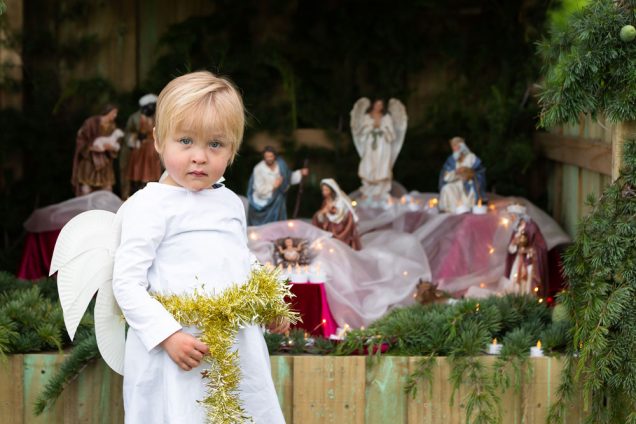 Around 500 people gathered in Hobart on the evening of 11 December for the largest Carols on the Hill in recent years. In its fifth year running, this year’s Carols were described as “the best ever” by event organisers, due to the calibre of the performers and size of the crowd.

After COVID-19 restrictions hampered last year’s turnout, this year’s event saw crowd numbers rise significantly, as young and old came together in the grounds of Guilford Young College to share in the spirit of Christmas.

A variety of performers, including the Carols on the Hill Choir, led the audience in singing traditional Christmas carols.

Favourites such as “O Come all Ye Faithful”, “Joy to the World”, and “Hark the Herald Angels Sing” rang out, and candles were lit as evening fell.

MC for the evening, Sam Clear, encouraged those present to place lighted candles in front of the Christmas Crib.

Archbishop Julian expressed his delight at seeing such a good turnout and hoped that, through the carols, people would “enter into the spirit of Christmas”.

“I hope that as we celebrate the wonder of God becoming man, of Christ being born amongst us, that we too will have courage and confidence to face the challenges of life,” he said.

“That we’ll move forward with hope in our hearts, and great confidence in the future, knowing God is Emmanuel, God is with us.”

A feature of the evening was a children’s Nativity Play, with youngsters dressed as Mary and Joseph, angels and shepherds.

Donations raised from the candles went to Fr Gerald Quinn’s Mothers and Babies Home in Hobart, and throughout the night donations were raised for CatholicCare Tasmania’s Christmas Appeal, with donations going directly to families in need this Christmas.

At the close of the evening, MC, Sam Clear thanked all the performers and major sponsor of the event, the City of Hobart. He also thanked those who had worked behind the scenes to make Carols on the Hill a success, in particular event Coordinator Ella Tobin, who Mr Clear said had done “an exceptional job” in bringing everything together.