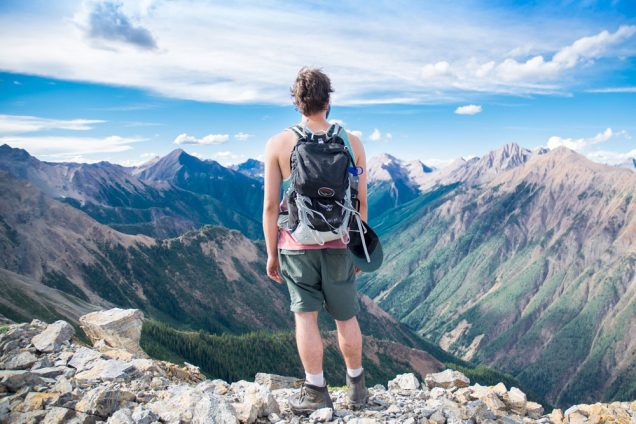 By Sam Clear, Acting Director of the Office of Youth Evangelisation

Once upon a time I walked 15,600km around the world praying for the complete unity of the church. Those nineteen months nearly cost me my life no less than eleven times. I’m often asked by students why I didn’t give up, but the truth is, I did. On three separate occasions I quit. I was going home.

There were plenty of other occasions when I simply didn’t want to be there, like being face-to-face with puma in Venezuela, and then a week later looking down the barrel of a loaded shotgun. The journey within the journey was that of accepting that, “If you aspire to serve the Lord, prepare yourself for an ordeal,” (Sirach 2:1). I think most of us would prefer that God was a genie; that we rub the bottle when a problem arises, God pops out, fixes everything, we pop God back and then get on with life.

Every time I quit I was too far from civilisation to easily jump on a plane to depart, and thankfully by the time I had made it to civilisation I’d either met the right person to put everything into perspective, or I’d had enough time to patiently accept the difficulties.

“Let nothing disturb you. Let nothing frighten you. Everything passes away except God. God alone is sufficient.”

Ultimately, the majority of the challenges I faced were human related and a direct result of disunity on a broader scale. If there weren’t extensive unity issues I would never have been compelled into that space in the first place. That was why I was there. That is why we are here. We are called into unity with the Trinity, the most perfect unity, whilst also drawing into unity with each other, in truth and in love. Without difficulties we have no need for courage, no need for perseverance, no need for humility, no need for true sacrificial love.

“It is absurd to be grateful to doctors who give us bitter and unpleasant medicines to sure our bodies, and yet to be ungrateful to God for what appears to us to be harsh, not grasping that all we encounter is for our benefit and in accordance with His providence. For knowledge of God and faith in Him is the salvation and perfection of the soul.”

And as St John Paul II so beautifully noted, “Adversity allows our love to become beautiful.”