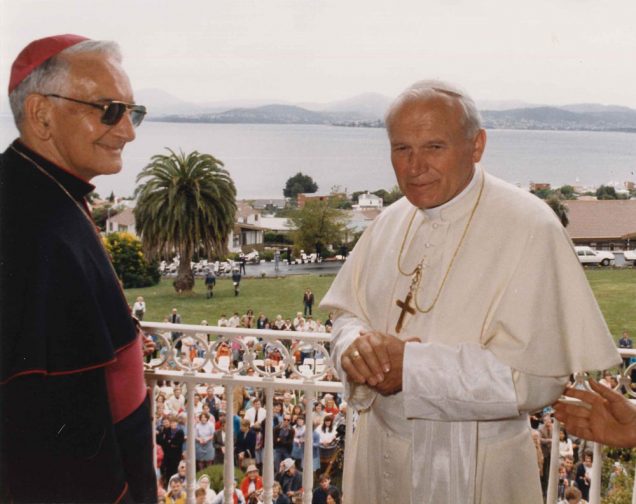 While we were in the depths of our COVID slumber mid last year, and with world’s borders firmly shut, the 100th anniversary of the birth of the most travelled Roman Pontiff in history passed on May 18, 2020. Karol Jozef Wotjyla was born in the small town of Wadowice, Poland. In his life he survived both Nazi and Communist totalitarianism, as he did two assassination attempts as Pope.

On October 16, 1978, white smoke from the Sistine Chapel chimney alerted the world that Cardinal Karol Wojtyla had been elected pope, taking the name John Paul II. After St Peter, John Paul II is among the five longest serving popes in history, ironically elected immediately following Pope John Paul I who served for just 33 days. The youngest pope since Pius IX in 1846, he was the first to come from Eastern Europe, making him at the time the first non-Italian Bishop of Rome in 455 years.

This pope of firsts, it could be said, revolutionised our experience of the papacy at a critical time in Church history. No longer a distant figure in the Vatican, John Paul II took the papacy to those who could not come to him, regularly meeting with the world’s young people, and stressing the Church’s voice in world events.

Visiting Hobart in 1986, John Paul II is recognised as one of the most travelled world leaders in history, proclaiming the Gospel in over 129 countries with profound effect. He is credited as spiritual inspiration and catalyst of political change in Chile, Haiti, Paraguay, and the Philippines, while President of the former Soviet Union, Mikhail Gorbachev said “The collapse of the Iron Curtain would have been impossible without John Paul II.”

In his final days tens of thousands of people assembled and held vigil in St Peter’s Square and the surrounding streets as the pope lay dying. Upon hearing of this, the dying pope said: “I have searched for you, and now you have come to me, and I thank you.”

John Paull II taught that the desire to see Jesus should emerge not from simple intellectual curiosity but rather an inner urge to find the answer to the question about the meaning of your life. In his apostolic letter for the Great Jubilee, Novo Millennio Ineunte, John Paul II spoke of “putting out into the deep” saying: “Duc in altum!’ Whoever opens his heart to Christ will not only understand the mystery of his own existence, but also that of his own calling: he will bear the abundant fruit of grace.”