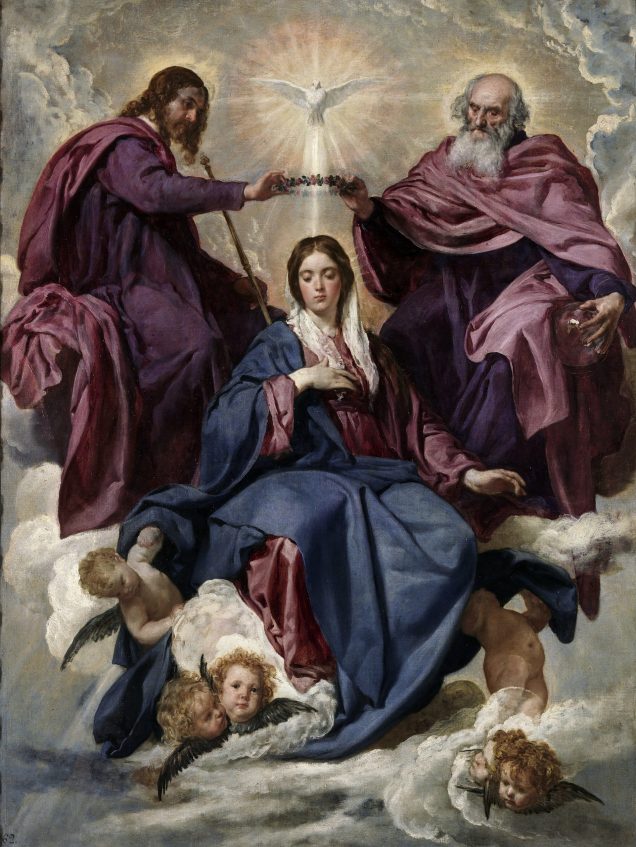 The Second Vatican Council in 1964 declared: “Blessed Virgin is invoked by the Church under the titles of Advocate, Auxiliatrix, Adjutrix, and Mediatrix. This, however, is to be so understood that it neither takes away from nor adds anything to the dignity and efficaciousness of Christ the one Mediator” (Lumen gentium, 62). This statement had a long history of development, beginning in the early centuries of the Church.

After much debate about who and what Jesus is, the early Church then moved onto connected issues, including whether we can call Mary “theotokos” in Greek, or “Mother of God.” In 431 AD, the Council of Ephesus dogmatically defined that we can legitimately refer to Mary as the Mother of God. This doesn’t mean that Mary precedes God in time, nor that she is divine herself. Rather it means that she gave birth to the man, Jesus of Nazareth, who is in fact a divine person. A mother after all is the mother of a person, not a mere human nature. Mary’s divine maternity is her preeminent dignity.

A close study of the Gospel reveals that Mary’s divine maternity began with her consent to the message of Archangel Gabriel. This required profound faith and obedience to the Lord.  It’s a consent that she sustained throughout her life even at the foot of the cross. Mary’s faith and obedience is our model for Christian discipleship.

After the Annunciation, Mary visited her cousin Elizabeth, and in the middle of Mary’s song of praise to God, she declares, “henceforth all generations will call me blessed.” Why? Because the Lord “who is mighty has done great things for me.” God has elevated this humble handmaid to be the Queen-Mother: since Jesus is the King, Mary is the Queen-Mother. In Israel, it was not the king’s bride, but his mother, who sat on a throne beside him, interceding on behalf of his subjects.

Thus, Mary fulfils the role of Queen-Mother, interceding on behalf of Jesus’ disciples. She is our heavenly advocate and our mediatrix. She is our spiritual mother and model of faith. Let’s praise God for giving us Mary to be our Blessed Mother.