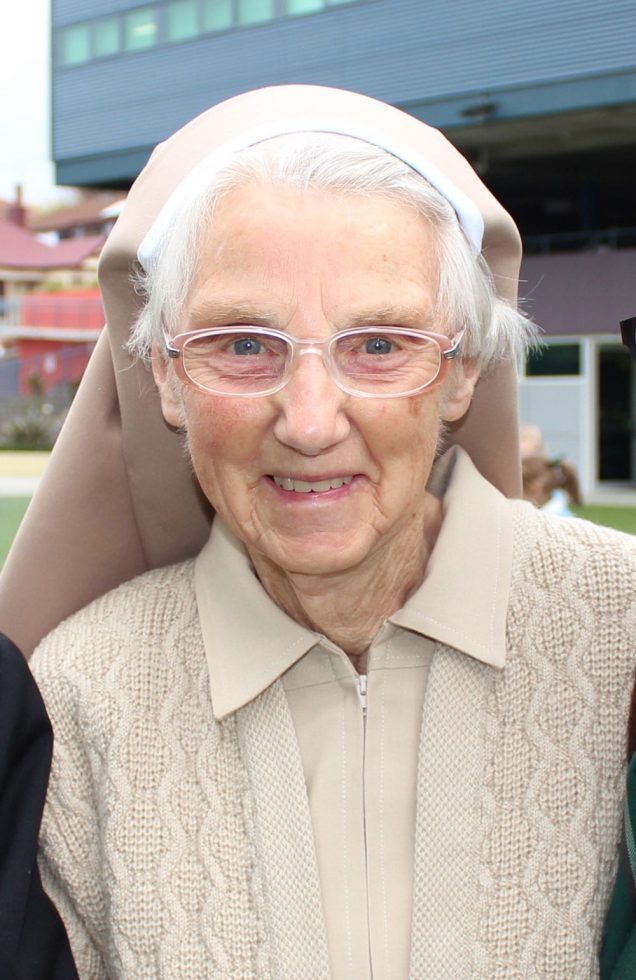 Sr Mary Joseph McVilly, a Presentation Sister who taught in schools around Tasmania and, in later years, ministered to refugee families, has passed away in New Town.

Born on July 28, 1933 into a Catholic family, she studied at St Mary’s College in Hobart. The desire to become a religious sister had been sparked as early as primary school and she entered the Presentation Sisters after finishing school.

Sr Joseph professed her religious vows at the Church of the Apostles in Launceston in 1953, and taught in many of the Presentation schools around Tasmania, including Sacred Heart College and St Mary’s School in Launceston, Star of the Sea in George Town, St Patrick’s College, St Cuthbert’s School in Lindisfarne and St Brigid’s School in New Norfolk.

In the 1990s she began to work with special needs students at St Mary’s College, before being given responsibility for refugee students. She became involved with the Catholic Refugee Support Group through St Joseph’s Church in Hobart, and kept busy acquiring much-needed items for families.

In 2005, she began serving at Immaculate Heart of Mary School in Lenah Valley, continuing in her work in special education.

When living in Lenah Valley, Sr Joseph’s home was open to a rosary group who would meet regularly, as well as those wanting to pray in her chapel.

In 2019 she moved into Rosary Gardens aged care facility in New Town, and passed away on April 26, the day on which the Presentation Sisters honour their foundress, Nano Nagle. She was in the 69th year of her religious profession.

Her funeral Mass was celebrated by Fr Peter Addicoat CP, who said during the homily: “Sr Joseph lived a full life committed to the service of the God who created her and called her into ministry within the Presentation Congregation.”

“She brought the power of God’s redeeming love into the hearts of people of differing creeds, countries, cultures and across the generations.”