Not your average Joe: Men reflect on a father figure of quiet courage and love 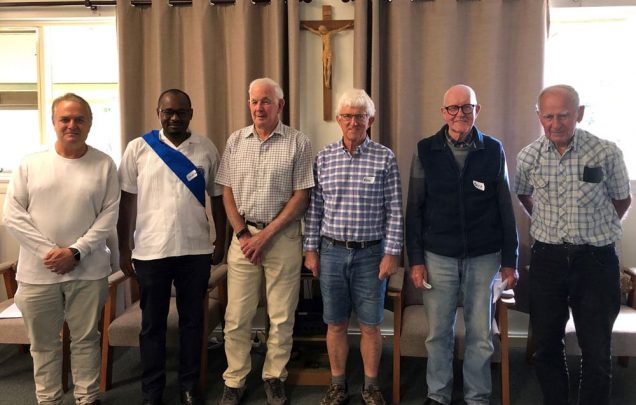 Reflecting on St Joseph’s story, and his relationship with Jesus, provides an opportunity to consider his roles as a father, husband, role model and worker.

Pope Francis has declared a Year of St Joseph to highlight the saint’s qualities as a protector and a guide in times of trouble.

A group of boys and men aged from 11 to 80, from the greater Launceston area, attended a special reflection day on St Joseph at the Emmanuel Centre, Newstead, on March 20.

The facilitator, Belinda Chapman, a George Town parishioner, said the event took inspiration from Pope Francis’ December 8 apostolic letter, Patris Corde (‘With a Father’s Heart’), during the 150th anniversary year of the proclamation of St Joseph as patron of the Universal Church. St Joseph was the earthly father of Jesus and husband of the Virgin Mary.

The day was made up of four reflection sessions. The sessions looked at: Joseph’s obedience and acceptance; Joseph as tender and loving; Joseph as creatively courageous and a working father; and Joseph as a father in the shadows.  Participants enjoyed quiet reflection time as well as contemplation of scripture, shared in lively discussion and creatively expressed their new-found images of Joseph and his relationship with Jesus.

“The eloquent silence of Joseph allowed God to speak and be heard through an unfathomable mystery, yet a mystery that unfolded through the most domestic, family-centred situation that was also integral to God’s big dream for humanity,” Mrs Chapman added.

“Joseph’s obedience and acceptance was incredible but he wasn’t asked to be anyone but himself.  By having some time to reflect on the themes of the day, I hope the participants took away a sense of Joseph’s extraordinary way of being ordinary but also a sense of God’s movement, action and continuing dream for humanity through their own domestic life whether that be as father, husband, worker etc. and through their relationship with Jesus.”

Mrs Chapman is happy to offer reflection days to other groups (men and women) during the year. For more information, email belindachapman.sd@gmail.com  or call 0418 141 171.