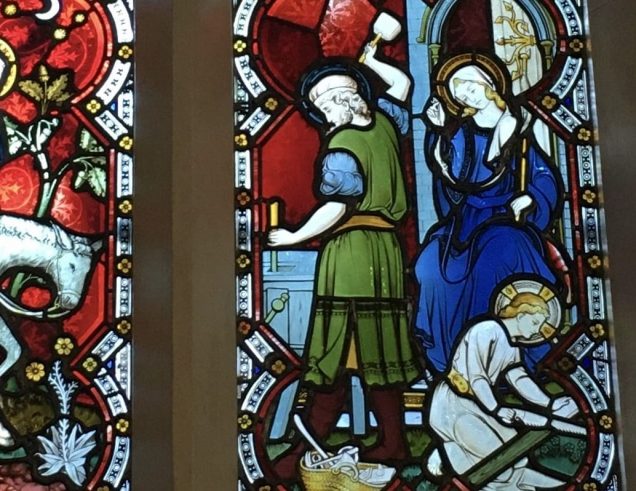 By Ben Smith, Director of the Office of Justice and Peace.

On May 1 each year, the Church celebrates the Feast of St Joseph the Worker. This feast is of extra significance in the Year of St Joseph.

The Feast was instituted by Pope Pius XII in 1955 in response to communist sponsored “May Day” celebrations for workers. He announced the new feast during a speech to Italian workers by highlighting that St Joseph was “the humble craftsman of Nazareth [who] not only personifies to God and the Holy Church the dignity of the man who works with his hands, but is also always the provident guardian of you and your families.”

This feast is not just about celebrating the dignity of workers but it also celebrates the dignity of work itself. Pope St John Paul II, during an address at the Willson Training Centre in Sandy Bay on November 27, 1986, pointed out that “man must work both for the fact that the Creator has ordered him to work, and for the fact of his own humanity, the maintenance and development of which require work.”(Laborem Exercens 16)

He also highlighted that work is “a good of man, … because through work man not only transforms nature by adapting it to his own needs, but also realizes himself as man and indeed, in in a certain sense, “he becomes more man“.”(Laborem Exercens 9).

St Joseph gave Jesus a great example of how to work and as he assisted St Joseph in the workshop it helped him understand more deeply his sacred humanity. We pray that through St Joseph’s intercession we can come to a deeper understanding of the dignity of work in a time in which people can “live to work” rather than “working to live.” Work needs to serve the family rather that the family serving work.