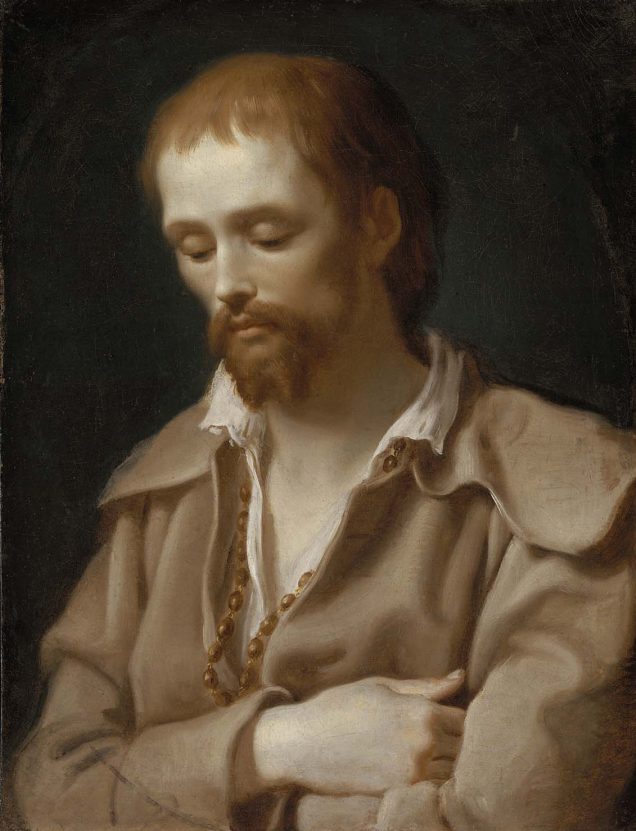 St Benedict Joseph Labre left a comfortable home to become a beggar and a pilgrim, embracing Jesus’ words that “happy are the poor, for theirs is the kingdom of Heaven”.

Born the eldest of 15 children near Boulougne in France in 1748, at age 16 St Benedict was sent to study with his uncle who was a priest. Although his parents hoped he would become a priest, St Benedict was already developing a desire for monastic life.

When his uncle died, he sought to be admitted to the Trappists, but was refused entry due to a lack of recommendations and his delicate health. He then tried a Carthusian monastery, who told him that he did not have a vocation with them. He tried several more times to enter monastic life, and each time was asked to leave.

After all these rejections, at age 25 St Benedict decided that he would instead live poverty and seclusion in the world.

He began to live the life of an impoverished pilgrim, wandering around Europe on foot, visiting holy site after holy site. He rarely begged, but was content with what people would give him. If he received more than he needed for the day, he would give the rest away.

He eventually settled in Rome, and lived amongst the ruins of the Colosseum.

In the last 10 months of his life, he met Fr Giuseppe Loreto Marconi, a priest who became his regular confessor.

In 1783, on the Wednesday of Holy Week, St Benedict attended Mass at the Church of St Maria dei Monti in Rome. As he left, he collapsed and was carried to a nearby house. He died as the prayers for the dying were being recited. He was just 35 years old.

Others joined in and such a commotion occurred that soldiers were called to accompany his body to the church. He was buried in St Maria dei Monti on Easter Sunday.

For months following his death, crowds of people travelled to visit his tomb and news of his holiness spread throughout Europe. To counter invented legends which began to be told about him, Fr Marconi wrote an account of his life.