‘He did what the angel told him to do.’ 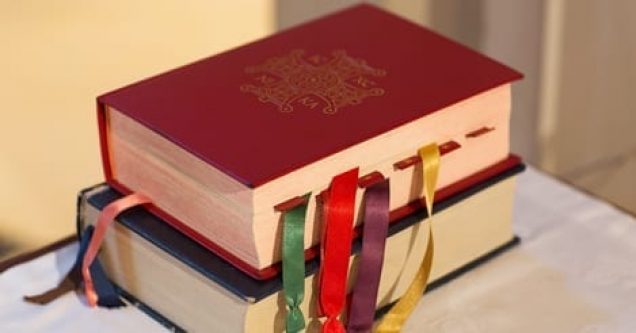 Homily for the Feast of St Joseph, spouse of the Virgin Mary.

This year the Feast of St Joseph takes on special significance because Pope Francis has declared this year, 2021, a Year of St Joseph, in honour of the decision of Pope Pius IX, 150 years ago, to choose St Joseph as Patron of the Universal Church.

The choice made by Pius IX reflects a growing devotion to him in recent centuries. It is evident that St Joseph was invoked often during the nineteenth century. In Tasmania, the first church built in Hobart in 1841 was named in honour of St Joseph. St Mary Mackillop chose St Joseph as the patron of the new order she established to provide education for children in rural and remote areas of Australia.

While we have only scant information about him from Sacred Scripture, we can still identify many attributes that have inspired Catholic devotion to this saint so closely associated with the events of our redemption.

In a series of surprising events St Joseph found himself thrust into the role of being a father to Jesus, the Son of God. He was entrusted with the care of the Holy Family such that his whole life revolved around them. Whatever plans he may have had for his life were laid aside as he was caught up in the drama of the birth and upbringing of Jesus. This challenged his faith, his trust in God and his personal courage. St Paul VI described his life as “a sacrificial service to the mystery of the incarnation and its redemptive purpose”. In this he is a model for all fathers called to devote their lives to the good of their family.

St Matthew describes him simply as a “just man”. This evidently good man laid aside his own hopes and dreams when he accepted the angel’s instruction to take Mary as his wife. He showed his willingness to protect Mary’s good name, her dignity and her life. He is a model for men in their respect for women.

Joseph showed on four separate occasions, when visited by an angel, his preparedness to do whatever God asked of him. When he received the angelic message he did not hesitate to obey. Sacred Scripture reveals not one word spoken by St Joseph. What it does reveal is a man who responded, without consideration for his own needs, to the responsibilities placed upon him. The Scriptures simply record, “When Joseph woke up he did what the angel of the Lord told him to do”. In this lies an example and inspiration to us.

As a carpenter he is what we call today a ‘tradie’. In this he is held up by the Church as an example of the dignity of human work. The work task is more than necessary to earn a wage, it is an expression of a creative contribution to human society. We know, also, that loss of meaningful employment can have devastating effects on family life.

Above all he was called to be the protector of the Holy Family. His whole destiny revolved around this critical responsibility. His whole life was devoted to their wellbeing.

As a Protector the Holy Family, he is a most suitable patron for the Universal Church. We can invoke his patronage for the Church, and for ourselves, during these difficult times.

Today, we take a moment to contemplate the witness of St Joseph, and say, “St Joseph, pray for us”.