On a Solid Foundation 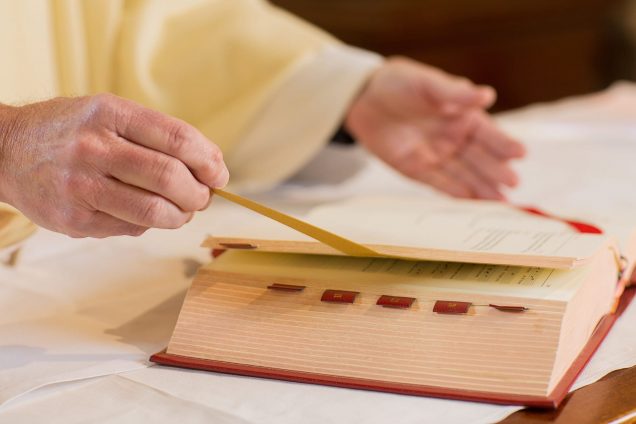 This year marks the two hundredth anniversary of the establishment of the Catholic Church here in Tasmania. On 14 April, 1821 Fr Phillip Conolly arrived in Hobart Town as chaplain to the convicts. He received a very modest stipend from the government of 100 pounds a year.

The following day he celebrated Mass at Thomas Curr’s store in Brisbane Street. He had nine in the congregation. He would be the lone priest serving the Catholic community in Van Diemen’s Land until his death in 1869.

Requesting some land upon which to establish his ministry he was granted this land bordered by Harrington, Patrick and Brisbane streets (though Patrick Street was little more than a track). He built a house here possibly where the current playground is for St Virgil’s boys. He named his house, “Killard”. He also constructed a rather primitive chapel from timbers some of which he obtained from the government. The chapel was named St Virgil’s.

In 1823 he was able to secure the services of a convict, John Wade, to commence a small school across the road in Harrington Street.  It soon grew to 50 students, mainly children of convicts, and it included a few Protestants.

Fr Conolly also founded a Catholic school for thirty students in Richmond. Fr Conolly commented about his satisfaction in being able to offer an education in the Catholic faith to these children, many of whom had parents who were convicts. The parents, Fr Conolly noted, “are very anxious to have their children instructed in everything in their power that may be useful to them through life, as well as in the duties of Religion”.

Fr Conolly worked hard to find teachers for his schools. His school in Hobart later moved to larger facilities. It was a three-story building on the corner of Warwick and Elizabeth Streets, affectionally known, for some reason or other, as “rats castle”.

Thus, this site on which we stand today has a history closely connected to the very beginnings of the ministry of the Church here in Tasmania. This site is also close to the commencement of Catholic education in Tasmania.

Developing the Early Years Learning Centre will mean that St Virgil’s College will be able to provide education from Kinder to Year 12 (once the extension to Year 12 is achieved).

In the Gospel reading Jesus spoke of building on rock. It is the belief of so many parents who choose to send their sons to St Virgil’s that they are entrusting their child to a school which provides solid formation not just in academics but in the whole of the person. Catholic education is inspired by the Catholic faith which has Jesus and his teaching and example at its heart.

The constant reference point for the Christian is the person and teaching of Jesus Christ, now articulated in Catholic teaching. The Catholic faith offers a whole-of-life vision. It offers not only values on which to build a sound character but it offers a vision for living a flourishing human life. Jesus said simply – “I am the way, the truth and the life”. Each boy can do no better that aspire to follow the teaching and example of Jesus Christ.

Thus, the goal of a Catholic school is to enable a child to come to know and love Jesus and want to become his disciple. Faith offers a light which shines then on all learning and, indeed, on every aspect of the life of the school.

I congratulate all involved in this project and am confident that St Virgil’s will continue to enable each boy to found their life and future on the solid foundation, the rock, of the Catholic faith.