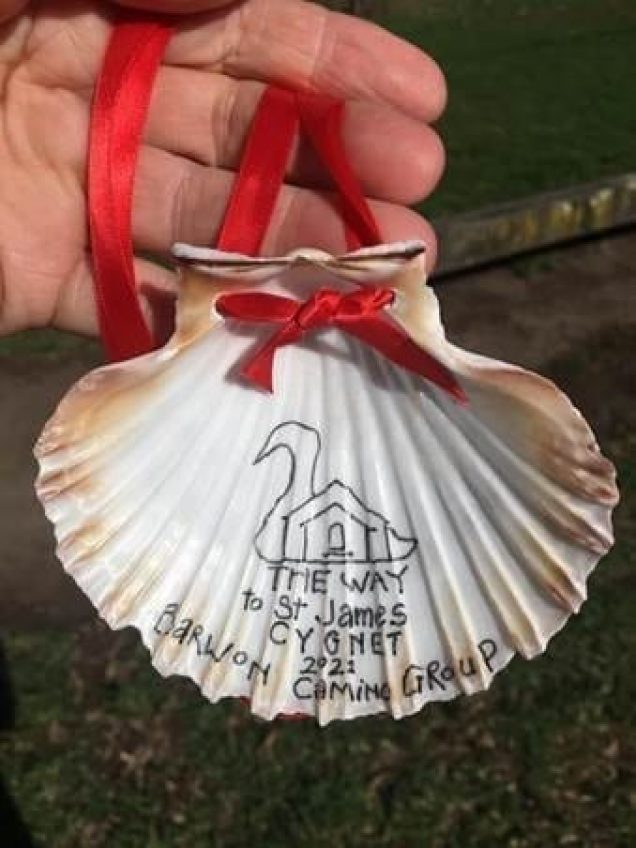 Tasmania’s version of the El Camino de Santiago has gone virtual to attract pilgrims from across the globe.

The Way to St James Cygnet is normally a two-day walking pilgrimage through the beautiful natural landscape of the Huon Valley with hundreds of pilgrims taking part over the past five years.

However, COVID restrictions meant the pilgrimage was adapted to a virtual format – and has attracted the largest number of pilgrims yet – including many from beyond Australia.

“We had 353 pilgrims in over a dozen countries around the world – even in the northern hemisphere winter.”

Some of the pilgrim’s home countries included Ireland, Canada, Scotland, Denmark, Sweden, the United Kingdom and Switzerland. They were also joined by some pilgrims who were walking the actual El Camino de Santiago in northern Spain.

Registered pilgrims connected through the Way to James Cygnet Facebook page and committed to walking up to 15 kilometres a day over January 9 and 10.

“We tried to make it as close to an actual pilgrimage as possible, but they chose the natural surroundings, as long as they walked in a meditative fashion and allowed the natural beauty of wherever they were walking to seep into their personalities, which of course contours the soul for the embrace of divine beauty,” Fr Tate said.

A blessing of scallop shells – the traditional symbol of a Camino pilgrim – was filmed and shared on the Facebook page for all the pilgrims to connect with.

In keeping with the ecological theme, Fr Tate also filmed and shared a reflection on St Francis of Assisi with the walkers.

The pilgrimage ended with the filming of a festival ritual in Cygnet featuring a hymn to Our Lady in Portugese (“So the Iberian Peninsula was acknowledged,” Fr Tate said) the laying of stones at the foot of a bronze icon of St James (symbolising the lightening of burdens the pilgrims may have been carrying in their lives) and an incensing of the icon and stones in reference to the botofumeiro – the large thurible in the Santiago de Compostela Cathedral in Spain.

“We recreated as much as possible the atmosphere of arriving at the cathedral in Compostela, and we did it in Cygnet,” Fr Tate said.

Though separated by great distances, he says the pilgrims felt a sense of connection with each other.

“The feedback’s been very, very positive. The felt a link – even though they’d been walking, perhaps in solitary fashion, thousands of kilometres from the Huon Valley – they felt a sense of community and solidarity with all the Way to St James pilgrims.”

Pilgrims shared their thoughts on the pilgrimage from around the globe.

“It was cold today in Owatonna, Minnesota … but beautiful and invigorating. I walked the trails that connect our city parks. There was much time to meditate and occasional opportunities to appreciate people enjoying winter,” Rikke said.

Lois Yip joined in from Canada, and said she enjoyed the pilgrim’s blessing and Fr Tate’s talk on St Francis.

From Switzerland, Lauren Akins hopes to meet the others who took part.

“This was the best! Makes my heart so full to read all these posts! And yes – post COVID I hope we can have an in-person Camino reunion,” Lauren said.

The virtual pilgrimage was such a success that Fr Tate says that the new format is here to stay and will run alongside the traditional pilgrimage when it resumes in 2022.

Those interested in viewing the videos of the pilgrimage can go to the Way to St James Cygnet Facebook page.

Main image: Pilgrims from the Barwon region in Victoria decorated their scallop shells.