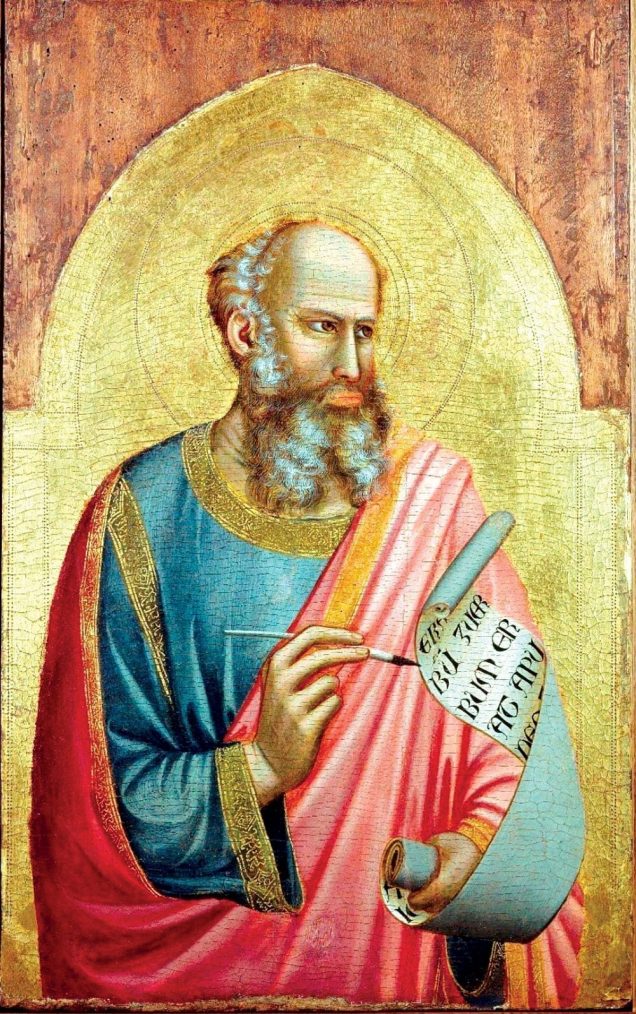 St John the Beloved – also known as St John the Evangelist, amongst other names – was an apostle of Jesus and entrusted with the special care of his mother Mary.

A fisherman, St John worked with his father Zebedee and brother James on the Sea of Galilee.

The Gospel of St Matthew records that one day while mending nets with their father, St John and James were called by Jesus to become his disciples. His brother would become St James the Greater, the first apostle to be martyred and, with St John, be nicknamed Boanerges or ‘Sons of Thunder’ by Jesus.

However, it is possible that St John had previously encountered Jesus, probably as a disciple of St John the Baptist, whose own ministry prepared the way for the ministry of Jesus.

The first chapter of the Gospel of St John recounts an incident when St John the Baptist saw Jesus while standing with two of his own disciples.

Upon seeing Christ, St John the Baptist said, “Behold, the Lamb of God!” and the two disciples followed Jesus. One of the disciples (Andrew) is named; the other is not – a common convention of St John who, in his Gospel, rarely referred to himself by name.

In fact, it was his habit of referring to himself as ‘the beloved disciple’ that earned him the name of St John the Beloved.

Various scripture accounts highlight his closeness to Jesus, even among the apostles.

During the Last Supper, it was St John who was physically the closest to Jesus; he was with Jesus during his agony in the Garden of Gethsemane; along with St Peter and his brother, St John was chosen by Jesus to accompany him and witness the Transfiguration; again he was one of the three apostles in the room when Jairus’ daughter was raised from the dead; and with St Peter he was one of the first apostles to run to the empty tomb after St Mary Magdalene reported Jesus’ body missing.

St John, who is also credited with three New Testament epistles and the Book of Revelation, is often symbolised by an eagle, referring to the heights of theological thought he captured in his writing.

Commonly believed to be the youngest apostle, and the only one present with the women at the crucifixion, St John was entrusted with the care of the mother of Jesus, the first disciple of Christ and the one who knew him the most intimately.

It was St John who, in his Gospel, recounted in detail Jesus’ teaching on the Eucharist; his first public miracle; the washing of the disciples’ feet; and the encounter with the Samaritan woman.

The well-known assertion that “God is love” is found in the First Letter of St John.

Exiled on the island of Patmos during the persecution of Christians by the Emperor Domitian, St John is believed to have died in Ephesus of natural causes – the only apostle not to be martyred.