Obligation to attend Sunday Mass reinstated as of 26 October 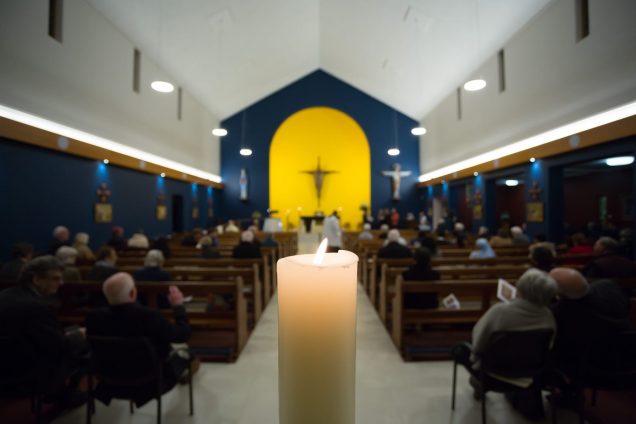 The practice of the Catholic faith in Tasmania has largely returned to normal with the reinstatement of the obligation to attend Sunday Mass.

A decree issued today (Friday 23 October) by Archbishop Julian has rescinded a previous decree, which came into effect on March 19, no longer requiring Catholics to attend Mass on Sundays. The extraordinary March decree was issued as the COVID-19 situation escalated and was soon followed by the announcement of sweeping lockdown measures by the Tasmanian government.

Public Masses in the Archdiocese of Hobart were also suspended from March 19, with a gradual easing of restrictions seeing churches reopen to reduced numbers in June.

Today’s decree states that the rescinding of the March decree and dispensation from Sunday Mass obligation will come into effect on October 26.

As restrictions have lessened, most parishes in Tasmania have returned to almost-normal Mass practices – albeit with COVID-safe measures still in place.

The opening of Tasmania’s borders, and the further easing of restrictions, is an indication that Tasmania – and the practise of our faith – is returning to normal, Archbishop Julian says.

“The decision by the government to open the borders has marked a significant development in terms of restrictions on public gatherings … and so it is an appropriate time to rescind the decree that came into place on the nineteenth of March, when, because of government regulations, we were required to close our churches,” Archbishop Julian said.

Archbishop Julian noted that Masses will continue to be celebrated in line with government directions around COVID-19.

“In parishes where it is not possible to accommodate all parishioners at a Sunday Mass because of restrictions on numbers in the church, the Parish Priest can seek a dispensation from the Archbishop for those who attend a weekday Mass in place of the Sunday Mass,” the decree reads.

Attending Sunday Mass is at the heart of the practice of the faith, Archbishop Julian says.

His Grace said that while live streamed Masses have provided spiritual support to people when they were unable to physically attend Mass, this is not an alternative to being physically present and part of the community gathered together to celebrate the Mass.

“We’re now in a place where, in the main, people are able to come along to Sunday Mass, and obviously this is the way in which we should attend Mass.

“Live streaming is still there for people who are housebound or unable physically to get to Mass – they still have that facility – but it’s not an alternative way to attend Mass.”

“We want to do all we can to provide the opportunity for people to participate in Mass, particularly on Sundays, and so we will do that. We will be guided by – of course – government regulation. We will be maintaining those heightened levels of sanitation and so forth that we’ve now got used to, but we want to do all that we can to enable as many people as possible to be able to participate in Sunday Mass. That is going to be our primary focus.”

Rescinding of Decree in Response to COVID-19 Virus

In the light of changes in government regulations in response to the COVID-19 virus, especially the decision of open borders to most states from October 26,

I now rescind the decree for the cancellation of public Masses and the dispensation from the obligation to attend Mass on Sundays and Holy Days of Obligation which came into effect on 19 March 2020.

In accord with Canon 1247 the faithful of the Archdiocese of Hobart are obliged to assist at Mass on Sundays and other holy days of obligation.

In parishes where it is not possible to accommodate all parishioners at a Sunday Mass because of restrictions on numbers in the church, the Parish Priest can seek a dispensation from the Archbishop for those who attend a weekday Mass in place of the Sunday Mass.

I request that the rescinding of the decree and dispensation be distributed and made available to all in the Archdiocese of Hobart, especially Parish Priests and Administrators, who are to be attentive to the pastoral care of their parishes.

The rescinding of the decree and dispensation shall take effect on 26 October.