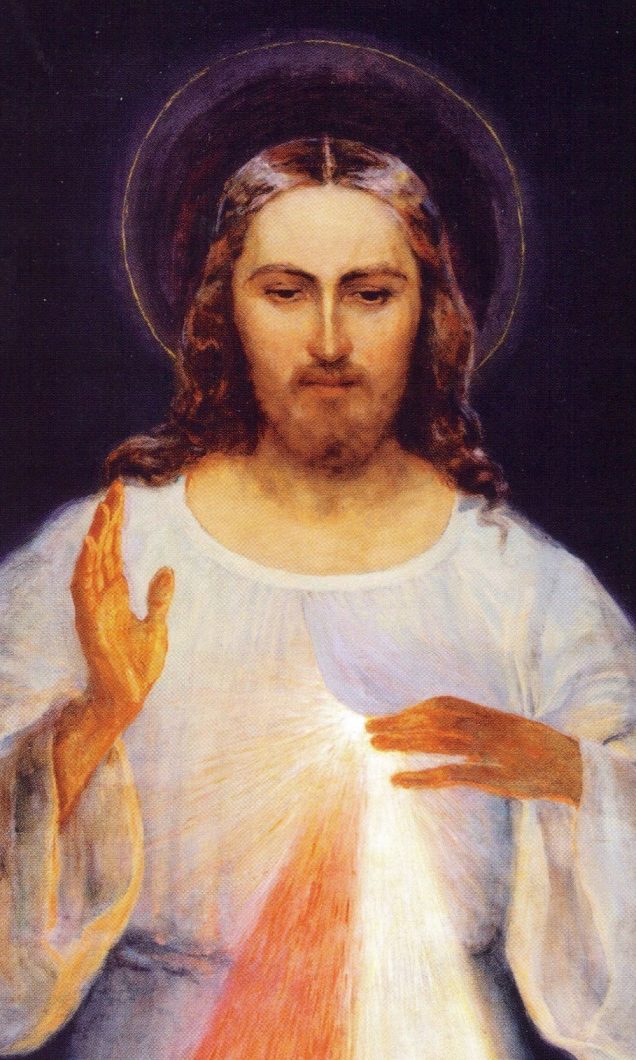 When I first encountered the image of the Divine Mercy I should confess I was not a fan. Indeed it is not uncommon to hear it remarked unknowingly, and in hushed tones, that the image of the Divine Mercy seems an unfortunate example of clichéd popular piety. What may surprise many is that the Saint who commissioned the work was also at first less than impressed by it.

Indeed, when St. Faustina saw the work commissioned on her behalf she is said to have wept with disappointment. But on taking her complaint to Jesus: “Oh, who will paint you as beautiful as You are?” Jesus replied to her: “Not in the beauty of the colour, nor of the brush lies the greatness of this image, but in My grace” (Diary of St. Faustina, 313). The true beauty of the image, Christ tells us, is in the blessing that He will bestow upon the people drawn to Him by means of the painting.

The image has its origin in the apparition of our Lord to St. Faustina while alone in her cell at the convent in Plock, Poland on the evening of February 22 1931. Appearing clothed in a white garment, with His right hand raised in blessing and His left hand touching His garment in the area of the heart, from which two rays shone forth, one red, and the other pale. Jesus instructs her:

Paint an image according to the pattern you see with the signature: Jesus, I trust in You. I desire that this image be venerated, first in your chapel, and throughout the world. I promise that the soul that will venerate this image will not perish. (Diary 47)

I want the image solemnly blessed on the first Sunday after Easter, and I want it to be venerated publicly so that every soul may know about it. (Diary 341)

The image of The Divine Mercy is no mere theological curiosity. Rather, Christ has gifted to us a true “sacramental,” a channel of graces flowing from the Merciful Heart of Jesus so that by gazing upon it, our hearts can be opened to His presence and power. Everything about this image speaks of the Risen Christ mercifully taking the initiative to seek out lost souls in the darkness. “Be not afraid of your Saviour, O sinful soul. I make the first move to come to you, for I know that by yourself you are unable to lift yourself to me” (Diary, 1485).