Sacrament Matters: ‘He Carried Our Sorrows’ 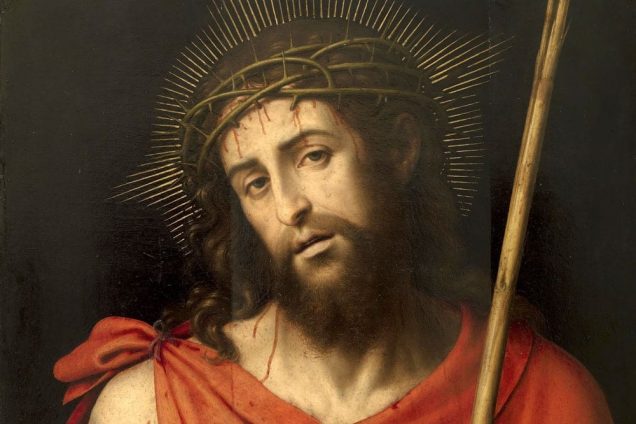 By Dr Christine E. Wood, Director of the Office of Evangelisation & Catechesis

François Trochu’s definitive biography of St. Jean-Marie Vianney, patron saint of parish priests, states: “His diet was a self-inflicted penance: boiled potatoes, usually days old, never more than two in a day. If someone gave him a loaf of bread, he would exchange it for a crust from a beggar. To his penitents, on the other hand, he gave easy penances, saying ‘I give them a light penance and perform the rest myself.’”

What are we to make of this? It is difficult in our modern “enlightened” world to fathom such voluntary penances, but for the saints, sin was a very real force of evil to be overcome only through the spiritual warfare of prayer, fasting, and almsgiving.

Exploring the Old Testament we discover that an essential role of the Temple priesthood was to offer sacrifice on behalf of oneself and the people. The Letter to the Hebrews says, “every high priest chosen from among men is appointed to act on behalf of men in relation to God, to offer gifts and sacrifices for sins.” Priests were mediators between God and sinful humankind.

On the Day of Atonement, the high-priest would lay hands upon the head of a goat, symbolically transferring the sins of the people onto the goat before sending it out into the desert to die. This sin-offering cleansed the people of sin and reconciled them to God.

In fulfilment of the figure of the goat, Christ made himself a sin-offering on the Cross, thereby making satisfaction for humanity’s sin. Christ took upon himself the sins of the people, as Isaiah prophesied, “he has borne our griefs and carried our sorrows…. he makes himself an offering for sin.”
Our priests, the priests of the New Covenant, participate in the priesthood of Christ in a very real way. Through ordination, they are configured to Christ the Priest, and offer themselves in union with Christ’s sin-offering.

In a mysterious way, as in generations before them, our priests take upon themselves the sins of the people, thus reconciling us to God. Hearing confessions, they absolve the penitent’s sins. They help carry our sorrows by relieving us of the burden of sin. Their lives of sacrifice, serving God’s people, bring us joy.

This is the great mystery encapsulated in St. Jean-Marie Vianney’s words: “I give them a light penance and perform the rest myself.” He truly carried his parishioners’ sorrows and shared their griefs. He became the visible icon of Christ the Priest among the people of Ars, and thereby won eternal life for himself and many.