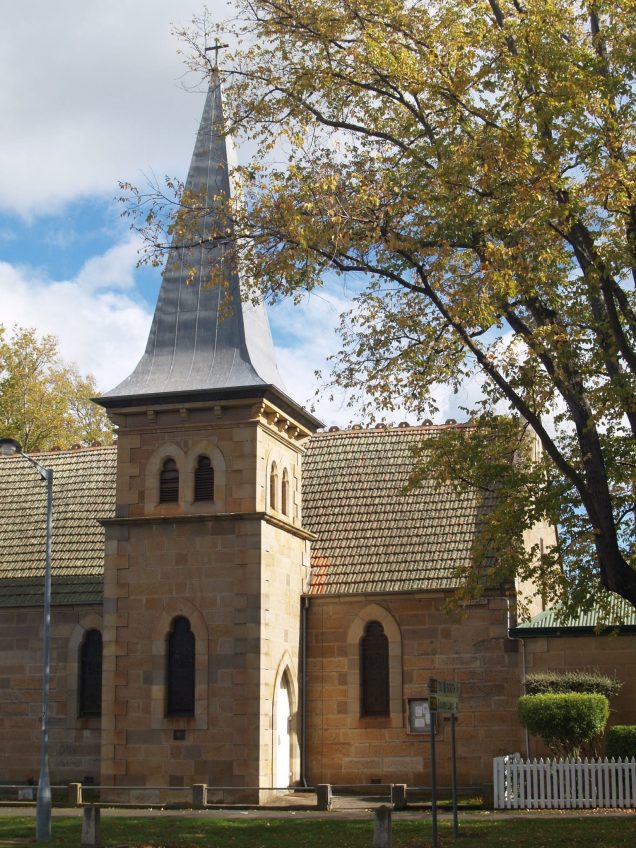 The Church of Our Lady of the Sacred Heart occupies a prominent site at the heart of the Northern Midlands village of Ross, a beautiful settlement which, with its historic bridge, sandstone buildings and convict history, is listed on Australia’s Register of the National Estate. Opened in 1920, the church was a brilliant conversion of an existing store room by the eminent Launceston architect Alexander North (1858–1945), the visual impact of his design being perfect for its setting at the village’s principal street intersection. North designed a number of Catholic churches, including those at Burnie, Mangana and Glengarry, as well as the liturgical east half of the Church of the Apostles, Launceston, but the Ross church in its ingenuity is unique amongst his works and thus of significance given his reputation as a major Australian architect.

Father John Graham built the church during his period as Parish Priest of Campbell Town. A former Missionary of the Sacred Heart, his great love for the Sacred Heart of Jesus is evident in its title and in the building’s stained glass cycle. No less than eleven stained glass panels, either as windows or the upper sections of interior doors, are by the major Melbourne stained glass artist William Montgomery (1850–1927), who also designed beautiful windows for Fr Graham’s other churches at Fingal, Campbell Town and Mangana.

Several of the furnishings, including pews and communion rails, are typical of North’s Arts and Crafts training and design skills. Indeed, in most respects the church is exactly as he left it, with one major exception however. Originally, the building’s spire was surmounted by a large marble statue of the Sacred Heart of Jesus, a dramatic demonstration of Fr Graham’s devotion. In time it came to be regarded as unsafe in that location and was removed to Deloraine. Here in 1949 it was placed atop a monument to the Catholic pioneers of the district, erected in the convent school grounds. More recently, it has been re-sited next to Holy Redeemer Church.