HERITAGE TREASURES: Crucifix & candlesticks a reminder of the very beginnings of the Church in Tasmania 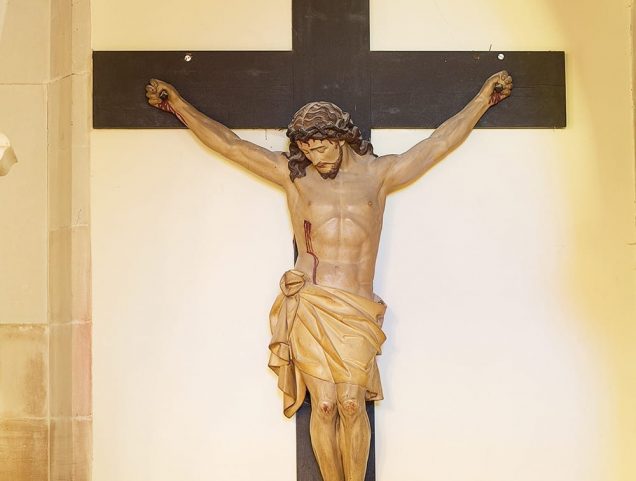 Our remarkable Catholic heritage includes elegant churches by Henry Hunter, Tasmania’s most prolific nineteenth-century architect, and the largest collection of objects outside Britain and Ireland designed by Pugin, the close friend of our first Bishop William Willson and a man universally acclaimed as England’s greatest early-Victorian designer. But it also includes much humbler, but no less significant items that take us back to the very dawn of Catholicism on this island.

In April 1821 our pioneering priest Fr Philip Conolly landed in Hobart Town. By July of that year he had begun a subscription to build St Virgil’s Chapel, which has been described as the first Catholic church in Australia. A humble structure, it stood attached to his cottage on what would become the site of St Mary’s Cathedral, St Mary’s College, St Virgil’s College Junior School and the Archbishop’s House. A Benedictine monk, Fr William Bernard Ullathorne, visited Van Diemen’s Land in 1833 and has left a description of the little chapel built of boards with the Government broad arrow on them, with a floor of loose planks and with a coating of rough plaster on the wall behind the altar. Such was the inauspicious foundation of the Church’s material presence here.

In 1823, a Carmelite friar, Fr Samuel Coote, brought out from England a case of altar furnishings and vestments for the infant church. Included were an altar crucifix and six candlesticks in a simple Classical style. On the base of the candlesticks was engraved: Ad majorem DEI gloriam. Humbly presented to the Catholic Chapel of Hobart Town by James Edward Devereux Esqur. of Carigmenan in the co of Wexford Ireland AD 1823. Sit laus DEO semper.

Regrettably. Conolly and Coote quarreled, and Coote left the Colony. He wanted to take the case of metalwork and vestments with him, but Fr Conolly insisted on keeping it, with the happy result that the crucifix and candlesticks have come down to us as a moving reminder of the very beginnings of the Church in Tasmania.