Divine Mercy and the wounds of Christ 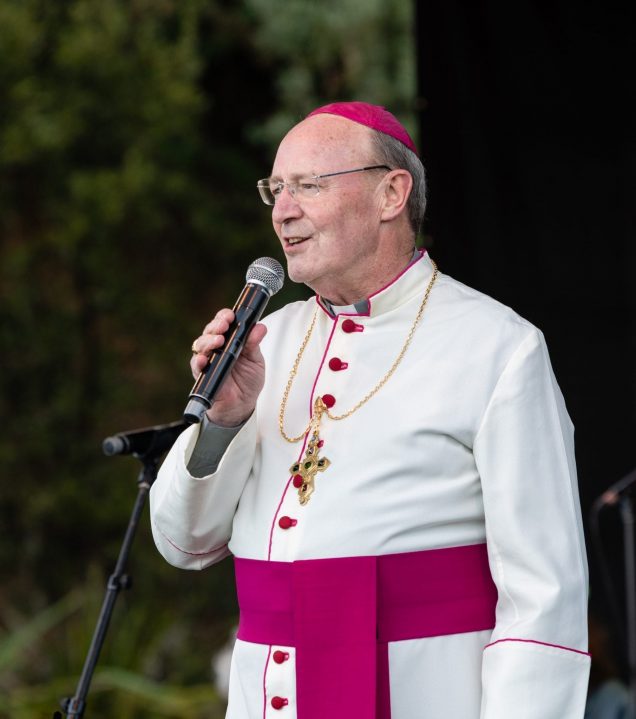 In the Lord’s revelations to St Faustina, Divine Mercy Sunday was designated to be celebrated on the first Sunday after Easter. The liturgy for this Sunday has, from ancient times, recounted the story of Thomas; “doubting” Thomas as popular culture has described him. Thus, in its liturgical celebration, the commemoration of Divine Mercy involves the story of Thomas. I would like to offer some reflections on the link between the story of Thomas and Divine Mercy. In particular, I want to consider the significance of the encounter between the Lord and Thomas around the wounds on the glorified body of Christ.

Thomas was defiant when told by his fellow apostles that they had seen the risen Lord. He refused to accept their testimony and said: “Unless I put my hand in the holes the nails have made I refuse to believe.” He demanded proof. He would not believe unless he was personally satisfied. He had to touch the marks of the wounds.

In a way, Thomas reflects the radical individualism of our day: I will only accept what I am satisfied with myself. Everything must be on my terms, and on my terms alone. The growth in the numbers of those who claim to have no religion is due in no small way to the fact that so many today only want what they themselves are satisfied with. If I cannot prove something then I will not accept it. This radical individualism is a great barrier to faith.

The Letter to the Hebrews says that faith is an act of trust in things not seen. (Heb 11:1) The act of faith is a deeply human act of openness to things beyond understanding. This is so difficult for contemporary people.

At this moment Thomas lacked faith. He fell back into his fallen humanity which was full of distrust. Despite all that he had witnessed concerning Christ, he defiantly refused to believe something which was outside his experience. Thomas stands for the modern sceptic, for the person who has closed his mind to the possibility of the extraordinary acts of God.

One week later, the Lord appears once again in his risen state. He directly addresses Thomas and invites him to put his hands into the holes the nails have made and put his hand into his side.

It is a powerful moment as the Lord confronts his lack of faith. Thomas is humbled and then makes a profound testimony of his submission: “My Lord and my God.” To an unbelieving Thomas the Lord reached out. The risen Lord did not condemn him or reject him. On the contrary, with profound patience he offered Thomas the chance to come to faith.

On the Octave Day of Easter each year, as we contemplate the defiance of Thomas and then his complete conversion, we celebrate Divine Mercy Sunday in accord with the instruction of the Lord to St Faustina in the 1930’s.

It is as though on the Sunday which focuses on the demand of Thomas to put his hands into the places of the nails and spear, the Lord has chosen to present himself again in his risen glory and presents his wounds, especially his pierced heart.

The Divine Mercy image is a contemporary expression of what the Lord did for his apostles. The Lord has appeared and shown us his wounds. The wounds of his crucifixion are the means by which we are saved.

The glorified Lord carried the marks of his passion. His resurrection did not obliterate these signs of his great act of self-sacrifice. We cannot know who Jesus is without seeing his wounds. We cannot understand Jesus without understanding the significance of his wounds. His identity is tied to his passion and death. He is the Lamb of God, the sacrificial lamb, as John the Baptist testifies, who takes away the sins of the world.

His wounds are the marks of his act by which humanity is reconciled to God. His wounds are a testimony to the mercy of God towards humanity, a mercy beyond our comprehension.

In his account of the crucifixion St John, alone among the evangelists (but he was the only one present at Calvary) tells us: “One of the soldiers pierced his side with a spear, and at once there came out blood and water.” (Jn. 19:34) In the next verse, St John feels compelled to declare that this was what he saw, commenting, “His testimony is true, and he knows that he tells the truth – that you also may believe.” This was a pivotal moment of revelation for St John.

The image of Divine Mercy shows the pierced heart of Jesus from which the streams of red and white light flow. This is the grace of salvation flowing upon humanity. The piercing of the heart was the means by which the floodgates of mercy were opened upon a sinful, broken and suffering humanity.

The heart of Jesus was opened by a spear, and blood and water flowed out. His heart had given everything – the last drops of blood flowed from his body. Now from his open heart flows the grace of mercy. Streams of new life, streams of transforming grace, flow from the heart that sacrificed all for us.

Let us look again at the image of the Divine Mercy and see the wounds in evidence. It particular, of course, we are drawn to the pierced heart. But let us note all the wounds, the hands, the feet and the heart. It is as though the Lord is addressing us as he addressed Thomas. He wants us to focus on his wounds, on his pierced heart.

The Lord declared to his especially chosen messenger, St Faustina, “On that day the very depths of My tender mercy are open. I pour out a whole ocean of graces upon those souls who approach the fount of My mercy.” As Thomas came to faith after being shown the wounds, so the Lord is appealing to the contemporary world, which has abandoned faith, to gaze like Thomas on the glorified Lord with the marks of his passion.

Contemplating the wounds of Jesus can move cold and obstinate hearts. It can bring about conversion.