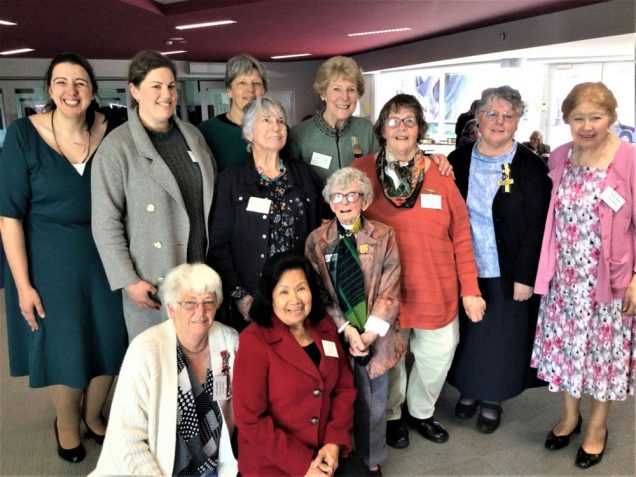 Despite social and political challenges, Catholic Women’s League members were called upon at their recent conference to maintain the faith and rejoice at signs of hope in an ever-changing world.

About 25 people attended the CWL’s 62nd conference in George Town from 14 to 16 October.

CWL state secretary Wendy Fittler, of George Town, was pleased with the response to the conference, which had a theme of ‘Lead us into a future of Your making’, taken from the summing up of the Plenary Council 2022.

“I think it was quite a success: small but with great speakers and a wonderful atmosphere throughout,” Mrs Fittler said.

Highlights included the Director of Public Affairs for the Archdiocese of Sydney, Monica Doumit’s address on the Catholic Church in Australia today and the important role of CWL in that church and the community; and the reassurance from Archbishop Julian that despite challenges to faith, there will be small successes that will give encouragement.

“Monica began by thanking the women of the Catholic Women’s League for standing up to the challenges facing the Church and society,” Mrs Fittler said. “She spoke about issues that are challenging who we are as Christians, such as … [the saga surrounding former Essendon Football Club CEO] Andrew Thorburn for choosing his faith over his job, doubts over religious freedom, the shocking revelations at Hawthorn Football Club over its [alleged] treatment of Indigenous players, and issues with gender identity.

“Whichever way we turn, there are political and social challenges to deal with but we must not lose hope. Monica reminded us that ‘When all hope is gone, all we have left is hope’.”

Archbishop Julian’s address added further encouragement, urging the CWL to ‘look for signs of hope in a world where an unstoppable tsunami of change is occurring’.

“We may feel overwhelmed by the changes and powerless to do anything about them in a world that is so rapidly becoming dramatically different; we may yearn for things as they were in the past and feel inadequate to restore them, but our faith helps us believe things will be better,” Mrs Fittler said.

“Archbishop Porteous asked us to consider what the Church’s view of faith is: in the past the missionary work of the Church was the work of the priests.

“In this changing world, the whole Church is called to this mission, to evangelise…  We are called to get back to the heart of our faith.

“Our work is to help our families and our communities develop the understanding of how to live as Christians and help them flourish … through their relationship with God. The heart of being Catholic calls us to take a stand: to make a decision to be Catholic. It will put us at odds with society but it will ultimately be a source of joy.”

Mrs Fittler thanked everyone involved in the conference, including those who travelled long distances to attend and the volunteers who worked hard to make the weekend a success.