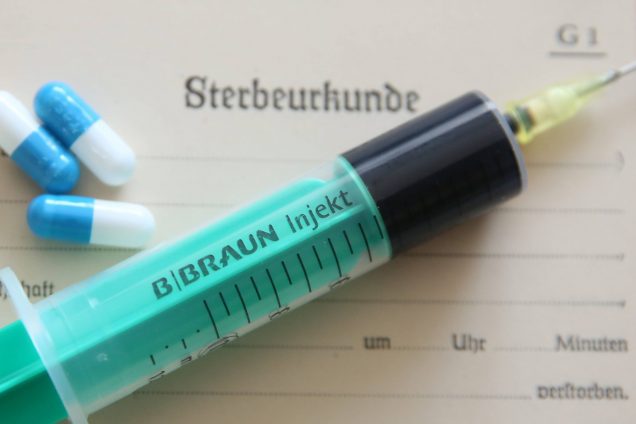 Catholic healthcare providers have made it clear they will not support or facilitate new laws coming into effect in Tasmania on 23 October that will permit euthanasia and assisted suicide.

“Our members have made it clear from the outset that they will not offer, support or facilitate voluntary assisted dying,” Director of Strategy & Mission at Catholic Health Australia, Brigid Meney, said.

“This means we will not give permission for VAD to be pursued in any of our services.  The mission of our members will always be focused on healing and accompanying the dying through excellent end-of-life care.”

The new legislation will grant legal access to assisted suicide for people over 18 years of age, who are deemed capable of making such a decision, and who are diagnosed with an incurable illness or medical condition. Anyone requesting euthanasia or assisted suicide will be required to make three requests and undergo four assessments before access will be granted.

Former premier Peter Gutwein however did make clear during the parliamentary debate that “Different health services are under no obligation to participate in or support voluntary assisted dying”.

“In jurisdictions where Voluntary Assisted Dying is in place we have worked collaboratively with Church leaders, ethicists and our members to respond to requests for VAD in ways that are consistent with our Catholic faith,” Ms Meney said.

“Our pastoral practice is always called to be a reflection of our loving God.

“At the same time we understand that it is unlawful to impede access to the procedures these new laws make possible. In this respect our Code of Ethical Standards helps us distinguish clearly between treatment and care that lie within our own control and that we can and should ethically provide, and the actions of others that lie beyond our control.”

“Similar to other States, our Tasmanian members will work to develop a framework in line with Catholic ethics to help guide our medical decision-making around requests for VAD.  This guide will be in place as Voluntary Assisted Dying becomes legal later this month.”

CEO of Southern Cross Care in Tasmania (SCCT), Robyn Boyd, said in her 20 years of working in aged care she had never once encountered a client who wanted to end their life.

SCCT is the largest not-for-profit aged care provider in Tasmania.

“I’ve sat with lots of elderly people as they’ve reached the end of their life, and held their hand through that process, but I’ve never had anyone say, ‘I want to end my life’,” Ms Boyd said.

Quality palliative care, and having their end-of-life wishes respected, is what most people wanted, she said.

“People don’t want to end their life, they want to make sure their end of life is peaceful. From my experience, that’s what concerns our residents.”

“I just don’t understand VAD at all, quite frankly… our staff have a commitment to keep people safe and well,” Ms Boyd added.

Chair of SCCT, Stephen Shirley, said the new legislation was in opposition to the Catholic ethos of the organisation.

“One of the key aspects of the legislation was about choice, so we’ll continue to exercise our choice as a Catholic based aged care organisation and we will not support VAD in any of our facilities,” Mr Shirley, said.

“We respect people’s decision to access VAD but ask for the same respect for SCCT to remain consistent with our ethos.”

“We need to have respectful conversations with residents who raise the option of accessing VAD.  We will accompany our residents and their families through those discussions understanding all the time that we might reach a point where we need to part company if their choices no longer align with our values”.

Euthanasia and assisted suicide legislation has now been passed in all states of Australia.