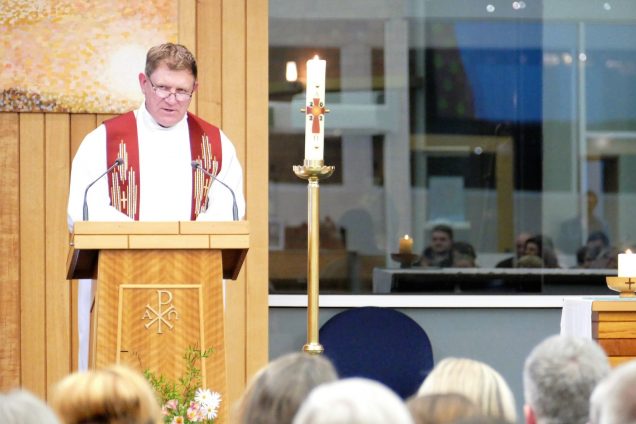 Archbishop Julian has announced that Fr Richard Ross will take a one year leave of absence from his duties as Parish Priest at Bellerive-Lindisfarne, in order to care for his elderly father, and continue his long-term recovery from multiple bouts of cancer.

After consulting with Archbishop Julian, Fr Ross announced his resignation as Parish Priest in a post on the Bellerive-Lindisfarne Parish’s Facebook page on 7 August.

“This is the hardest decision I have ever made, and may come as a shock and a disappointment, but I believe in the depth of my heart that it is the right course of action,” Fr Ross wrote.

“I will spend this time caring for my father who is in increasing need of support. I know I will never regret this quality time with Dad, but it will mean upheaval and uncertainty at the same time. I also have a number of unresolved personal issues which have arisen since my cancer journey.”

Archbishop Julian said Fr Ross had indicated his need for time away from his duties, not only to care for his father, but also to further recuperate his own health after years of dealing with cancer.

“In discussions with Fr Richard it was decided that it would be in the best interests of the parish for him to resign as Parish Priest,” Archbishop Julian said.